In a typically low 33 percent turnout, off-year election — nearly 2,700 people cast votes in Philipstown on Nov. 3, — incumbents, with the exception of Highway Superintendent Roger Chirico, held on to their town and county government seats. 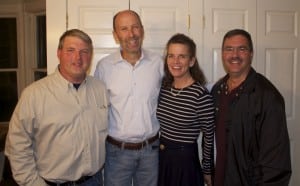 The five-member Town Board remains all Democratic with the re-election of Supervisor Richard Shea (unopposed) and Nancy Montgomery, and the election of Robert Flaherty, who had been appointed to fill a vacancy. Republican-Libertarian Craig Watters was the loser in the three-way contest for a board seat.

The highway superintendent race proved an exception. Democrat Carl Frisenda leveraged his own county roads experience and a lot of door to door campaigning with running mate Flaherty to unseat Chirico. During his last term questions were raised about Chirico’s management of the highway garage and he often clashed with the Town Board and Shea over budget issues.

Shortly after hearing the results, Frisenda said he was quite pleased and grateful to the voters for turning out and that he was looking forward to starting his new job.

“I thought we ran a good campaign,” said Chirico, a fixture in the local Republican Party who also has served as a trustee and mayor of the Village of Cold Spring. “They just ran one that was a bit better. I think the Democrats worked very, very hard.” 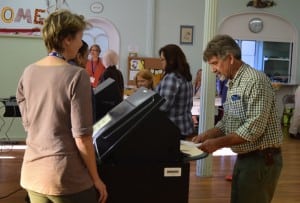 Election workers reported a heavy voter turnout at the polling station located in the Methodist Church in Cold Spring. (Photo by M. Turton)

Shea and Montgomery both paid tribute to the hard work people had done in the election and to candidates of all parties for their willingness to be part of the process. “It’s all about the hard work that has to be done to address the issues,” said Shea.

“It was a good campaign, fair and pleasant,” Scuccimarra said. “I ran on my record; what I’ve accomplished over the past three years and what I want to do in the next three years.” Scuccimarra said the legislature’s vote on the lease for the senior citizen center at Butterfield was her immediate priority (the leased was approved on Nov. 4). “Once that is done, I’ll feel comfortable,” she said. “There is a lot more to do, including bringing county services here to Philipstown — and dealing with the drug crisis.” 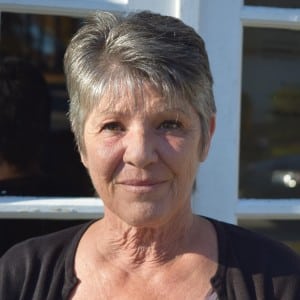 Merando, who served as deputy town clerk for 10 years and has been clerk for the last 12, said that as part of the campaign she researched how local government can more effectively use technology and that improving the town website at philipstown.com will be one of her priorities.

“The best part [of the campaign] was meeting people … and hearing what we can do to make [Philipstown] even better,” Watters said. “I loved it.” He said he would think about running again.