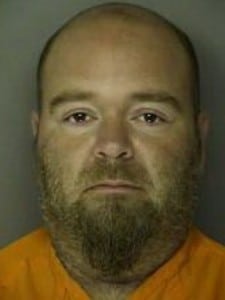 The New York State Police are continuing to search the Hudson Valley for a suspect they consider armed and dangerous. Last seen in the Town of Cortlandt, George J. Foster Jr., 33, is wanted in connection with a charge of menacing with a firearm. The suspect is said to have community ties to both Cortlandt and Beacon.

Foster also has outstanding warrants against him in New York and South Carolina.

Foster is described by police as “a white male, 5’6” and approximately 200 pounds.” The police urge citizens to call 911 if they see the suspect and to take no further action.

According to police, Foster might be accompanied by Renee Jones, 33, who is also wanted for an unrelated incident.

Anyone with non-emergency information regarding the suspect is asked to call Investigator Sean J. Morgan at 914-737-7171.