Jason Vieaux, who won the 2015 Grammy for Best Classical Instrumental Solo for his album Play, will perform at the Howland Cultural Center at 4 p.m. on Jan. 31. Besides selections from his album, Vieaux will perform works by Giugliani, Bach, Isaac Albeniz, Brazilian composer Paulo Bellinati, Alberto Ginastera, Pat Metheny, Duke Ellington and Fernando Bustamente. 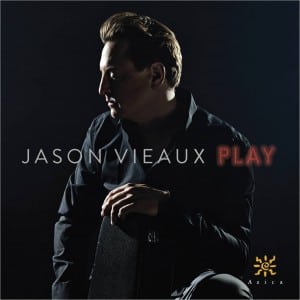 A native of Buffalo, Vieaux began playing at age 5, when his mother bought him what happened to be a three-quarter size classical guitar. He began taking lessons at age 7 and went on to study at the Cleveland Institute of Music. He became a faculty member at CIM in 1997 and in 2011 co-founded the guitar department at The Curtis Institute of Music. In 2012, the Jason Vieaux School of Classical Guitar was launched with ArtistWorks, Inc., allowing one-on-one online study with students around the world.

The Howland Cultural Center is located at 477 Main St. in Beacon. A reception will follow the concert. Tickets are $30 ($10 for students) and can be reserved by calling 845-765-3012 or visiting howlandmusic.org.