Planning board considers next move

The Butterfield project on Route 9D in Cold Spring ran into some headwinds last week as the developer proposed changes to its approved plans.

The changes, which were presented to the Cold Spring Planning Board, involve relocating the medical facility owned by New York-Presbyterian/Hudson Valley Hospital from its current location in the Lahey Pavilion to Building 2 of the two commercial buildings under construction.

Under the new plan, the Putnam County Senior Center and a proposed U.S. Post Office that had been planned for Building 2 would relocate to Lahey Pavilion. 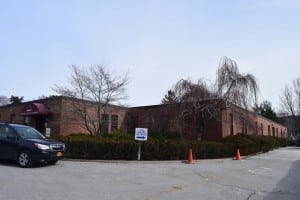 In a particularly insistent tone, Steven Barshov, the lawyer for developer Paul Guillaro, told the board that he did not think the changes should even need planning board approval. “There was a single site-plan review of the entire project and it was approved,” he said. “If you are not changing anything already approved in that review, no further review is needed.”

Board Chair Matt Francisco and its other three members (there is one vacancy) sparred with Barshov and Guillaro over the village code and the meaning of the approval already granted the project.

The chief concern of the board was the effect the change would have on parking and traffic flow. For example, moving the post office would mean moving its loading platform, and board members wondered if the parking approved for Lahey would be adequate. And the hospital’s new location would raise the question of capacity for more doctor’s offices. 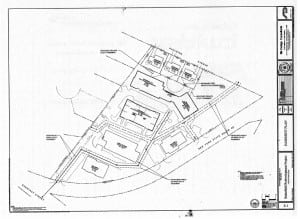 Francisco also pointed out that the previously approved parking had not taken into consideration the senior center as a place of public assembly requiring more parking spots. At one point, he characterized the parking as approved “but not necessarily compliant” with village regulations.

Planning for adequate parking is always a challenge in projects of this size. And there were also many advocates for greater green space for the Butterfield site as opposed to pavement. On the other hand, inadequate parking can cause strains on the surrounding areas.

Francisco said the board was going to consult with its counsel and consider its options. Its next meeting is scheduled for Thursday, March 10.