That haven for the spoken word in Philipstown, the Sunset Reading Series (SRS), its title a slight misnomer for its always-at-4 p.m.-on-a-Sunday starting time, makes a late spring return on June 12 when a trio of authors, poets Patricia Smith and Natalie Diaz and writer Bethany Ball, speak their work at Cold Spring’s Chapel Restoration. As with all of the SRS readings, the public is invited at no charge, and a wine and cheese reception follows, in the lovely setting overlooking the lapping waters of the Hudson. This year’s readings are being organized by co-founder Rebekah Tighe in association with poet and Sarah Lawrence Professor Jeff McDaniel, who is standing in for the other co-founder, Ivy Meeropol, who is otherwise engaged with her duties on the National Geographic Channel’s “Years of Living Dangerously” documentary series, which explores human impacts of climate change on Americans and others around the world.

This will be the first time that Smith and Diaz have read together, something which surprises McDaniel, because he “would have expected them to have performed together in terms of their popularity at this moment — they both get a lot of attention. We lucked out, schedule-wise. Both routinely get flown across the country to do readings. ” 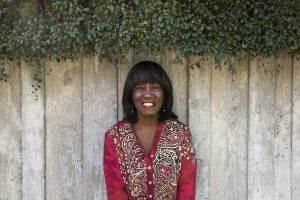 Smith has been at it far longer. A four-time National Poetry Slam Champion — the most successful in that competition’s history, she was a 2008 National Book Award finalist for her book Blood Dazzler, which, using a variety of poetic forms, chronicled the experience of Hurricane Katrina through disparate voices, including those of nursing home patients, an abandoned dog, politicians and the hurricane itself. Blood Dazzler was also designated one of National Public Radio’s (NPR) Top Books of 2008. Her other collections include Teahouse of the Almighty and Shoulda Been Jimi Savannah, which won the 2014 Rebekah Bobbitt Prize from the Library of Congress (for the most distinguished book of poetry published in the previous two years) and the 2013 Academy of American Poets Lenore Marshall Poetry Prize (for the most outstanding book of poetry published in the previous year). Reflective of her position as a tenured professor at the College of Staten Island, Smith curated Staten Island Noir, which featured other writers’ takes on that borough. Other acknowledgments include the National Poetry Series, two Pushcart Prizes and MacDowell and Yaddo fellowships.

“More so than any other poet in America, Smith has bridged the gap between page and stage,” McDaniel says. “She started out doing spoken word at the Green Mill, a jazz club in Chicago. She is a master of persona poems, written in a wide range of voices. Both she and Diaz have a deep interest in social justice that comes through in their work. Both also write about family and the challenges of family with nuance and deep feeling. They both also grew out of Walt Whitman.” 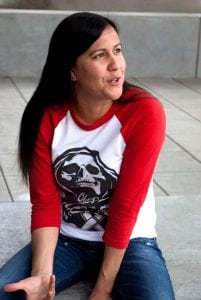 Diaz, who was a 2015/16 Lewis Center Hodder Fellow at Princeton, was born and raised on the Fort Mojave Indian Reservation in Needles, California. She has since lived in Mohave Valley, Arizona where she directs a language revitalization program at the Institute of American Indian Arts in Fort Mohave, working with the last remaining speakers of Mojave to teach and revitalize that language. Her debut collection of poems, When My Brother Was An Aztec, was published in 2012 and, in English, Spanish and Mojave imagery and words, examined the dynamics of a family struggling with one member’s addiction to meth, in the context of contemporary and traditional tribal life.

Diaz has been awarded a 2013 Pushcart Prize, the Bread Loaf 2012 Louis Untermeyer Scholarship in Poetry, the 2012 Native Arts and Cultures Foundation Literature Fellowship, and a 2012 Lannan Literary Fellowship and Residency. Diaz is at work on her second collection of poems.

McDaniel calls Diaz “a performer too, but in a different way: she played Division I basketball at Old Dominion and played professionally overseas. Often, before a reading, she will go to a gym and shoot buckets, calling it her ‘anti-depression medication.’ We’re hoping to have her play here, at Mayor’s Park or at the Rec Center.” McDaniel notes that both Smith and Diaz are lovers of this area and want to make a weekend out of it. “More time in the community for them could really work out well, with the river flowing both ways.” 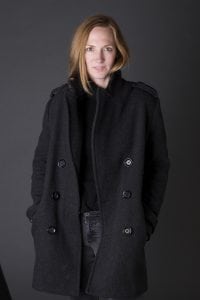 The two poets will be joined by novelist Bethany Ball, whose first book will be published by Grove Atlantic in 2017. An excerpt from it was published in Bomb magazine in May 2014. McDaniel participated in a reading with Ball recently and listened to her read “an incredible story about adultery. I thought it would be a perfect fit on this bill, in part because of the economy of her language, how she gets to the heart of the matter. That story, The Housewife, was published in the Spring 2015 edition of the American Literary Review. (Those so inclined can read it online before or after the reading.) Born and raised in Detroit, Ball now lives in New York with her family.

There will be at least two, possibly three, more readings this year, including renowned poet and president of the John Simon Guggenheim Memorial Foundation Edward Hirsch, who will appear in October.

The Chapel Restoration is located adjacent to the Cold Spring Metro-North station, and free parking is available there over the weekends. Donations supporting the Sunset Series are gratefully accepted at the event.