Norman Alan Brown, 69, of Cold Spring, died on July 12, 2016, after a battle with a brief yet devastating illness.

Born October 26, 1946, in Cincinnati, Ohio, to Norman Albert and Marion Graf Brown, Norm found his heart’s home in the Hudson Valley. He was a 1969 graduate of the U.S. Military Academy at West Point and continued his Army career for 21 years, retiring in 1990 at the rank of Lt. Colonel. 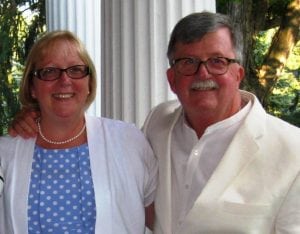 His years of service included Vietnam, SHAPE Belgium, earning a master’s degree in engineering from RPI and teaching at the USMA West Point and the University of Arkansas. Norm began his second career in 1990, working in construction management for Jacobs Engineering before retiring in 2013.

Norm had a wonderfully giving and loving heart and soul. He loved many things, but most of all, he loved God, his family and his church. He was a ruling elder of the First Presbyterian Church of Philipstown, where he often taught the adult study group and preached, having earned a Master of Divinity degree from New York Theological Seminary in 2006. Norm was passionate about mission work and actively led many work groups to Habitat Newburgh, Midnight Run in New York City and Bridges to Community in Nicaragua.

Norm loved reading, travel, movies, and being with friends. He warmly shared his gift for hospitality, hosting many parties over the years with a smile that lit up the room and with much joy and laughter.

A memorial service will be held at 11 a.m. on Saturday, July 16, at St. Mary’s Episcopal Church at the corner of Route 9D and 301 in Cold Spring, with a reception to follow at the First Presbyterian Church of Philipstown at 10 Academy Street.

Contributions in his memory may be made to the capital campaign of the First Presbyterian Church of Philipstown (10 Academy St., Cold Spring, NY 10516), Habitat for Humanity of Greater Newburgh/Presbybuild (habitatnewburgh.org), or Midnight Run (midnightrun.org).