If you’ve seen gaggles of kids or teens or even adults wandering around Philipstown and Beacon, staring at their phones, talking about gyms and where to find a Pikachu, they’re almost certainly playing Pokémon Go. Since its release on July 6, the smartphone app has quickly achieved more daily users than Twitter.

The app works with your phone’s GPS and camera to create an “augmented reality” (AR) in which you can catch Pokémon as they appear on a map of your immediate surroundings. Once you find a Pokémon, you can turn on the camera feature to place it in the live scene in view of your camera. To catch it, flick a Pokéball at the right time. You’re rewarded with the Pokémon and experience points that help you catch stronger Pokémon. 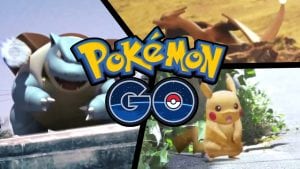 The app interacts with local geography through Pokéstops, which are located at places of local or historical significance. These are little markers that, when you’re within about 10 feet of them, give you items necessary to play the game, such as Pokéballs. There are also training “gyms” placed around towns where your Pokémon can battle other people’s Pokémon.

The game at the moment only has the original 151 Pokémon (a contraction of “pocket monsters”). Cold Spring has a plethora of all of the standard Pokémon such as Pidgey, Rattata, and Zubat, but it’s also a great place to catch water-type Pokémon. That’s because certain Pokémon appear based on the landscape. Water-type Pokémon appear near large bodies of water, such as the Hudson, while fire-type Pokémon appear on sunny days or sometimes near gas stations. Cold Spring is also a great place to catch a common Pokémon known as an Eevee; the town is littered with them. 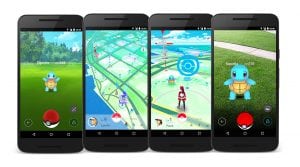 Cold Spring is a particularly contentious locale as far as gyms. Players can’t interact with gyms until they’ve reached level 5; when they do, they pick a team. The options are Team Instinct (yellow), Team Mystic (blue), and Team Valor (red). Players can capture gyms for their team, leaving Pokémon there to  train with players from their team or battle players from another team. Defeating the Pokémon left to guard the gym can help players claim the gym for their own team.

In Beacon, the gyms are mostly claimed by the red team, and they’ve been that way for a while. In Cold Spring, the six gyms cycle rapidly between all three teams, switching colors at least once an hour. This may be because Cold Spring has so many players. If you look, it’s hard to find a time of day where you don’t see people playing the game. 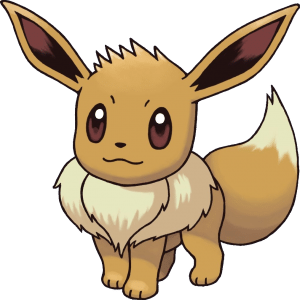 Eevee are common in Cold Spring.

One of the things that makes Pokémon Go special is that the game functions around players walking around. You have to walk to Pokéstops to be close enough to use them and you encounter more Pokémon while wandering. Additionally, you can get Pokémon eggs that hatch after you’ve walked two kilometers, five kilometers and 10 kilometers. The longer the distance of the egg is, the rarer the Pokémon that will hatch from it.

The app tracks your movement via your GPS, not using a pedometer. This is actually a great thing, as it allows individuals in wheelchairs to participate as well. The app also has a speed cap; if you’re moving faster than 10 mph, it doesn’t count your movement toward hatching your eggs.

The first two or three days after its release in the U.S., Pokémon Go had so many new players that the servers were crashing practically every half hour. A week after its release, the servers seem to have stabilized. There’s still a lot to perfect about the game, as it is riddled with glitches and the servers still have some issues during high traffic hours.

But overall, there’s been an overwhelmingly positive response. People crowd around Pokéstops and talk to other players, trying to find the best places to catch rare Pokémon. The game has helped motivate people with depression to walk around, get exercise and feel the sun. It’s also helped people with social anxiety issues, as it gives them a point of connection and a way to meet new friends. It’s helped people go out and discover things they never knew about where they live.

Personally, I’ve rediscovered just how beautiful Cold Spring’s riverside is. It had been ages since I’d been down there before I was lured by a high concentration of Pokéstops.