She was born in Beacon on May 16, 1947, the daughter of Dr. George E. and Louise (Williams) Wortman. A graduate of Roy C. Ketcham High School in Wappingers Falls, she attended Dutchess Community College and graduated from the Krissler Business Institute in Poughkeepsie.

Throughout her life, Betsy loved spending time in coastal Florida, especially Naples and Boca Raton. She enjoyed many hobbies and interests but especially loved animals.

On June 25, 1966, she married Harold C. “Hal” Brilliant at St. Luke’s Episcopal Church in Beacon. He survives at home in Fishkill.

Betsy is also survived by her daughter, Rebecca Fusaro (Rob) of Poughkeepsie; her daughter, Missy DeMattio-Coppola (Vinny) of Pleasant Valley; granddaughters, Nicole and Danielle DeMattio; sister-in-law Barbara Cleary, a number of nieces and nephews and many other relatives and friends.

Calling hours will be from 1 to 4 p.m. on Sunday, Oct. 23 at the McHoul Funeral Home, 1089 Main St., Fishkill, with a private burial at Fishkill Rural Cemetery. Memorial donations may be made to the Animal Rescue Foundation (arfbeacon.org).

Rich was born April 8, 1962, in Beacon, the son of the Philip J. and Katharine (Caddell) Colangelo. He married Janine Kowalczyk on Aug. 3, 1991, at St. Mary’s Church in Wappingers Falls. She survives at home.

Rich graduated from the Culinary Institute of America in 1982. He also owned and operated Pastries by Exposure in Wappinger Falls and Cold Spring and owned C and C Catering in New Paltz. Since 1992 he has catered for the film industry in New York City and other locations.

After the 9-11 terrorist attacks, Rich stayed in the city to help feed the recovery workers. This act of charity was very important to him. 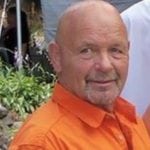 Born Dec. 8, 1951 in Beacon, Timothy was the son of Homer S. and Geraldine G. (Tompkins) Price. He graduated from Beacon High School and was a life member of Northern Dutchess Rod and Gun Club. He worked as a driver for the County of Westchester.

Service were held Oct. 15 at the Libby Funeral Home in Beacon. Memorial contributions may be made to The Salvation Army, 372 Main St., Beacon, NY 12508.