What to expect in city plan for parks, recreation

On Nov. 17, Beacon officials hosted the second of two public workshops to gather feedback on the city’s review of its comprehensive plan. Typically updated every 10 years, the plan serves as a blueprint for Beacon’s development and growth. In a series of articles, The Current is examining various aspects of the plan.

For decades, Beacon’s government did not offer its own recreation programs. Instead, it funded private baseball, softball and football leagues and provided support for the Martin Luther King Cultural Center and Beacon Community Center, which operated as independent nonprofits and provided “boots-on-the-ground” community and youth programming.

While both of those centers closed about a decade ago, the city’s growing population led to the creation of a Beacon Recreation Department a few years later. In late 2013, Mark Price, who had worked part-time for the city since 2008, was named recreation director and “we’ve been off to the races since then,” he said. Besides community and youth activities, he manages six parks that cover 11 percent of the city. 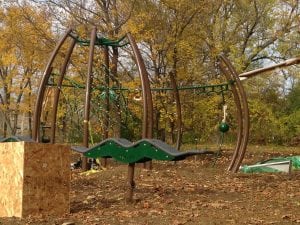 The 2007 comprehensive plan included recommendations to develop greenways along the Hudson and Fishkill Creek, and to provide linkages to trails at Mount Beacon and into the Hudson Highlands. It also called for the development of an open-space plan to prioritize what should be protected.

Several of those initiatives are likely to be included in the revised plan. The city recently received a $5,000 grant from the Hudson River Valley Greenway agency to study the creation of a 1.5-mile hiking/walking connector trail that would run from the Metro-North station to the Newburgh-Beacon Bridge. The trail would provide a link to the Hudson Highlands Fjord Trail — a separate  initiative of various regional nonprofit organizations — that is envisioned to connect Cold Spring and Beacon.

Another regional project could be in the works following the Metropolitan Transit Authority’s recent “request for expressions of interest” for the redevelopment of the Beacon-to-Hopewell Junction rail line. If a rail trail were to run from Beacon to Hopewell, it could conceivably connect with the Dutchess Rail Trail and, just over 13 miles later, the Walkway Over the Hudson. 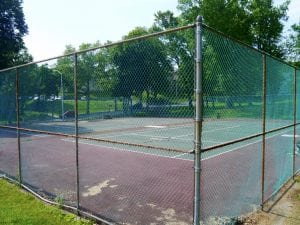 Other accomplishments since the Recreation Department was created include the reopening of the Beacon Pool (after its first two seasons, the pool closed for several more due to budget constraints) and the establishment of an afterschool program in partnership with the Beacon City School District.

The department, which is supported by fees paid by real-estate developers, also continues to make park improvements. A new playground and pavilion are being installed at South Avenue Park while basketball and tennis courts were resurfaced at South Avenue and restroom facilities at Memorial and Green Street parks have been renovated.

“I haven’t seen anyone playing tennis at South Avenue in seven years,” Price said. “Now there are people out there every day.”

The recreation department has also maintained its connection to the volunteer community, providing support for organizations such as the Wee Play Project and the Beacon Glades disc golf club. The Wee Play Project, which advocates for and helps maintain city playgrounds, holds its annual Ree Play sale each spring to raise money for parks projects. 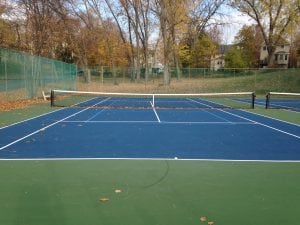 The tennis courts after being resurfaced (photo by J. Simms)

Lori Merhige, a member of the Wee Play board, said that as Beacon continues to grow, she would like to see more support for volunteer groups who have “carried a good amount of the load.” Along with financial support, she hopes city planners will “think bigger on behalf of what the new residents of Beacon will need,” in recreational contributions — either financial or through open space — required of developers.

“It’s a woodland park in the middle of the city,” he said. “How many places have those?”