Beacon rapper Decora is all about the hook (up)

Hip-hop artist Decora is set to release his second album, Beyond Belief, but if you want a copy, you’re going to have to get out of your chair.

“We didn’t just want to let it go into the Spotify ether and disappear overnight,” explains the artist, who lives in Beacon and works in Newburgh. “The only way to get the whole album is to come out to a show.”

Incidentally, Decora’s next show will be Thursday, March 2, at BSP in Kingston. If you can’t make it or any other of his upcoming performances, you can still get the album with a little work. Decora will be releasing one song at a time, with each track tied to projects with other artists. 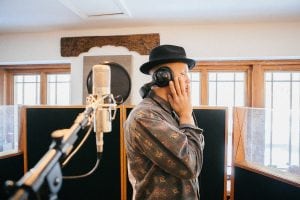 “One of the tracks might be a collaboration with a muralist,” explains the artist, whose full name is Decora Sandiford. “So the mural would include some or all of the lyrics, and then the day the mural debuts is the day that track will be available online.”

He’s also working on a release tied to shoes in collaboration with an artist who designs cleats for Antonio Brown of the Pittsburgh Steelers, and another with the tech company Easy Tiger, which specializes in photo editing apps.

I stumble on the humble
So the audience can get intimate
I want people to catch this
Like a cold on a business trip.

The campaign is designed to propel the album above the digital glut. But it’s more than marketing. Much like the early days of hip-hop, when rappers spoke of the four interconnected elements of the genre (rhyming, DJing, graffiti and breakdancing), it gives Decora a chance to watch someone else work, such as when he visited Miami this past fall to help a graffiti artist create a mural at Hard Rock Stadium.

“It was cool to remove myself for 10 days and just assist someone else who was working 20 hours a day,” he says. “He was working just as hard and fast as I do but on a mural with spray cans.”

Collaboration is the most rewarding, he says, when two people who might never work together find they have much in common. “That’s why I’m switching to live instruments, to include more people,” he says. 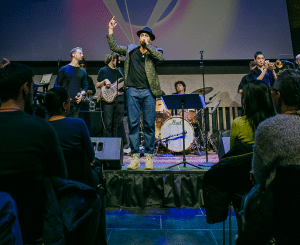 Decora, who got his start in 2001 at an open mic at Orange County Community College and later toured and released two albums with the ReadNex Poetry Squad, believes hip-hop will become even more political as artists respond to Trump administration policies. But his own career has been intertwined with progressive projects for years, including urban farming in Newburgh, mentoring teens through hip-hop workshops and supporting Clearwater (his first album, Bread and Oats, released in 2015, includes a rap, “Where Have All the Flowers Gone?” based on Pete Seeger’s classic folk song). As Decora raps on his new album: “I was revolutionary way before I was teething.”

“Artists shine the brightest during political unrest,” he says. “Look at Nina Simone, Stevie Wonder, Michael Jackson. It’s a time where the audience wants to hear someone express their suffering and express their perspectives. And in hip hop, where you have people from underserved communities who feel or have been taught by society that they don’t necessarily have a voice, it empowers them.” 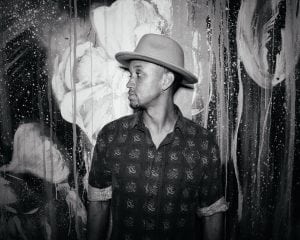 Although Beyond Belief mixes genres, from the ’80s boom bap of “White Vans” to the smooth jazz of “Beyond My Doorstep” to the breakneck “Hold Your Block Down,” his lyrics are more personal than in the past. “I’m going deeper with my own experiences, and even putting a little bit more anger on some tracks,” he explains.

Decora introduced the album with a free concert at Lincoln Center on Feb. 16. Five minutes before it began, the space had reached capacity, and by the time Decora grabbed the mic, a line of fans snaked down the street.