In 2009, Sundance DiGiovanni and his business partners met with the video-game company Activision Blizzard, which owns the bestselling Call of Duty and World of Warcraft series. Their pitch wasn’t an idea for a game but for a new way of playing them: Professionally.

DiGiovanni, who lives in Garrison with his family, cofounded Major League Gaming in 2002 with a fellow gamer and co-worker, Mike Sepso, based on the premise that if ESPN could turn street luge and bungee jumping into professional sports via the X Games, there was no reason video gaming couldn’t follow the same path. Activision Blizzard said the concept was interesting but unlikely to evolve into anything substantial. 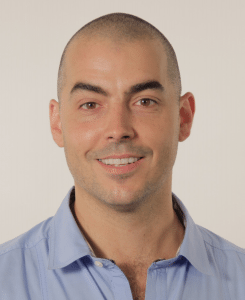 That was the wrong call. Today Major League Gaming streams multi-day tournaments and programming on MLG.tv that reach more than 500 million people monthly in 175 nations. Its gaming platform, GameBattles, has more than 9 million members. It hosts regular tournaments in Las Vegas, Atlanta and other cities in which teams compete at Call of Duty or other games for prize money in the tens of thousands of dollars.

By January 2016, Activision Blizzard was back at the table. It agreed to purchase Major League Gaming from DiGiovanni and Sepsi for $46 million.

“It’s bananas,” admits DiGiovanni, 44, who remains at MLG as its vice president for brands and content. “But we always knew that somebody was going to create something like this someday. We figured, why not us?”

DiGiovanni’s passion for gaming began in childhood, with the Atari 2600. He moved around a lot as a kid, he says, and video games and sports provided a sense of consistency and a way to make friends.

But while video games can be a form of escapism, DiGiovanni says for him it was the same as playing basketball in the neighborhood: It allowed him to be social and competitive at the same time. 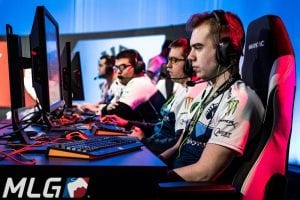 A team competes at an MLG tournament in Las Vegas.

“Remember that game Combat, on the Atari 2600?” he said. “I would practice my shots for hours, then call my friends over so I could beat them.”

The mix of competition and camaraderie continued at New York University, where DiGiovanni and friends would play months-long seasons of NHL Hockey on a single Sega Genesis console by tracking the results on graph paper.

After he graduated, DiGiovanni and his roommates and friends held late-night Tekken and Halo tournaments in their Tribeca loft, with consoles hooked to projectors and prize money. That’s when, he says, he had an epiphany that would change his life: While dozens of people showed up to play, dozens more came just to watch. 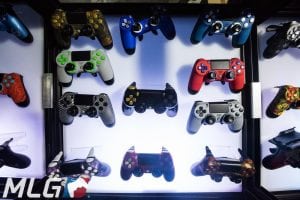 “That was 2002,” he says. “I thought about how the internet was getting faster, computers were getting better and consoles were starting to get connected online. It seemed obvious this was the beginning of something, and that we could be the ones to get in early and build the infrastructure and the model for what professional video gaming would look like.”

DiGiovanni says he studied NASCAR and professional wrestling to learn how to build grass-roots support for a sport but also saw the United States Tennis Association as a model for a system in which novice players could work their way into the big leagues.

“We always wanted to hold onto that aspirational model of it,” he says. “Once you have your computer, your mouse and your headset, you can compete in the same arena with the best in the world.” 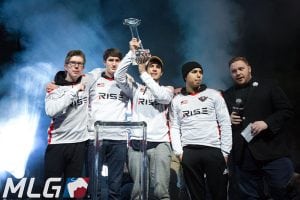 While millions of people watch games through MLG.tv, which is headquartered in New York City and also produces programs such as “eSports Report,” those interested in seeing if they have the skill to go pro can join GameBattles to chase cash, points and a seat at an MLG tournament. (The next event is a Call of Duty competition in Forth Worth, Texas, from March 17 to 19.)

GameBattles organizes tournaments for more than 80 games, including Call of Duty, Destiny, Doom, Mortal Kombat, Halo, Overwatch, a number of sports titles and even Uno and Mario Kart. You can compete as a single player or as part of a team. The prizes are typically a few hundred dollars.

Like any sport, Major League Gaming punishes players who misbehave during competition. Per its rule book, these actions can result in a technical foul for a team:

+ Stand on chairs, tables, or other equipment.
+ Verbally abuse the administration [referee].
+ Incite spectators into taunting a player, coach or spectator.
+ Taunt or celebrate in excess.
+ Throw anything in the direction of an opponent or into the audience.

“At first, you’re going to get stomped,” DiGiovanni says. “You have to put in the time. Just like if I want to make the baseball team, I’m going to hit the batting cage. Play with improvement in mind. Watch a tournament, or one of our events, watch what the pros do, how they play, how they identify patterns. It’s all about pattern recognition. And have fun. Because if nothing else, you’re going to make friends and meet like-minded people from all over the world.”

Now that DiGiovanni has children of his own, he plays against them more than with friends. But he still enjoys basketball and other outdoor sports. “I made the move to cut down on screen time in our house, so we’re playing a lot of board games,” he says. “But it’s still competitive. Even when we play chess, my youngest son keeps track of how many times he wins against his mom.”

“I play a lot of Clash Royale on my iPhone,” he admits. “I’m ranked in the top 1,000 players globally, which is pretty crazy but also shows you how addicted to it I am.”