So you think you have Native American ancestry — what now? If you believe this from a family legend or clues that pop up during your research, a DNA test might be a good first step. Be forewarned, however, that results are often inconclusive regarding distant ethnic percentages. Autosomal, or “family finder,” results match you to cousins with common ancestry within five generations and may help by linking you to others who have documented links to regions or tribes. 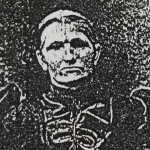 In the meantime, investigate what you have heard of your family story. My father always said he was “English, Scotch, Dutch, Irish and a little bit Indian.” His roots were in Maine, where many people make such claims, so I disregarded it until a fellow researcher shared a grainy photo of our “brick-wall” ancestor, Rebecca (Day) Porter, whose face has clear indigenous traits and whose hair appears to have a tiny braid. A distant Porter cousin’s DNA test has since identified Rebecca as his most likely Native American ancestor.

The steps you take in researching an indigenous ancestor depend on whether you know in which line he or she resides. If you have only DNA test results that show you are some percentage Native American, or a non-specific family story, you should determine which of your lines have “holes.” Do your lines go back in New England to a time when white population was sparse? If you are of mixed race, did your ancestors live in an area near a reservation where freed slaves and indigenous likely intermarried?

An ancestral fan chart (below), which visually depicts your unknown ancestors by generation and line, can be useful for this strategy. In my case, we eliminated all but Rebecca Day’s family as the target for the family legend. My other lines could be documented far enough to rule out indigenous roots. I later found another Native American ancestor, quite by accident, further back on the other side of my tree — a story for another day. 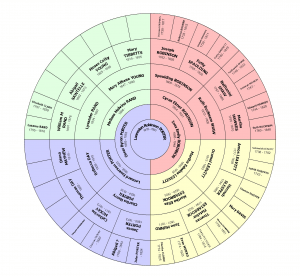 In using ethnic-specific resources, keep in mind their shortcomings. First, these resources often cover only a limited number of tribes. Be wary of common misconceptions, such as the “Indian princess” often mentioned in family legends and ridiculed by reputable genealogists. The term “princess” was attached by whites in the English retelling. It doesn’t mean the story is false, only that the term princess may have been used in error. Another oft-reported legend is “Cherokee” heritage, which may be legit but more often comes from substituting a well-known tribe for “Indian” in the legend.

Oral history, also often discounted by genealogists, is particularly important. Cultures that did not have a written language passed their lineage and history through a trained individual in each generation, giving it a high degree of accuracy. However, as with written accounts, variations and minor embellishments may have crept into your family story over time. Secrecy and misdirection on the part of your ancestors may also make them difficult to spot as Native Americans. Put simply, if they hid their ethnicity, they will not be found in ethnic databases. 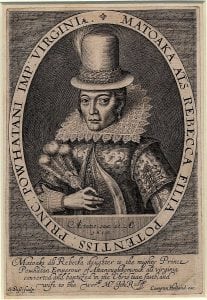 An engraving made in 1616 by Simon van de Passe of Rebecca “Pocahantas” Rolfe, the only known image of her taken from life

Vital records may not identify ethnicity. Census records also can be difficult. In the federal censuses for 1790, 1800 and 1810, Native Americans living off the reservation would have been listed as “all other free.” For 1820, 1830 and 1840, they were recorded as “free colored persons.” In 1850, “Indians not taxed” (meaning those on reservations) were not to be enumerated. The race designation “mulatto” would likely be used for a person who lived off the reservation and had dark skin. Keeping in mind the prevailing sentiment at the time, those who could “pass” were likely enumerated as white. In 1870 “half-breed” persons who had assimilated were to be recorded as white. From 1885 to 1940 special censuses were taken on reservations.

Tribes vary in their willingness and abilities to assist with genealogy. Tribal records can help in some cases but are limited in scope. If a tribe applied for official recognition, its documentation may help. The Dawes Rolls were taken beginning in 1887 to survey the “Five Civilized Tribes”: Cherokee, Choctaw, Chickasaw, Creek and Seminole. Ancestry.com provides indexes and reservation census schedules, although coverage can be spotty. You’ll get the best results by first placing your ancestor in an area and period when it can be proven that indigenous people were present and fleshing out your family history within the context of local history.

In eastern Dutchess County we are fortunate to have the Moravian Archives and the Yale Indian Papers that document early Native American history. The Yale papers, which begin in the 1600s, contain letters, petitions, deeds and court records, all digitized and available online. The Moravian documents, housed in Bethlehem, Pennsylvania, cover the Eastern Dutchess missions for 1740s through 1760s, often documenting individuals and relationships by tribe, with Native and Christian names.