Terry O’Brien, the founder of the Hudson Valley Shakespeare Festival and its former longtime artistic director, will direct a show that opens on May 19 in Ossining. The one public performance has already sold out. Why such a hot ticket? It’s at Sing Sing, the maximum-security prison on the Hudson River.

O’Brien, who left HVSF in 2013 after 27 years, is directing a production of On the Waterfront starring prisoners at the facility through a nonprofit called Rehabilitation Through the Arts (RTA). 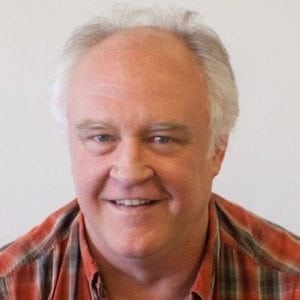 At 7 p.m. on Friday, April 28, at the First Presbyterian Church in Beacon, the Movies that Matter series will screen a 2015 documentary, Dramatic Escape, that documents the work of RTA and an earlier production at Sing Sing, A Few Good Men, from auditions to curtain call. The film will be followed by a discussion led by Katherine Vockins, who founded RTA and is its executive director, and program coordinator Charles Moore.

The organization, based in Katonah, hopes to help prisoners develop the social and cognitive skills they will need to reintegrate into the community after release. It began in 1996 with an original play shown only to other prisoners but now produces plays each year performed for audiences that include, at Sing Sing, about 250 “civilians.”

In addition, RTA provides as many as 200 prisoners with workshops in art, drama, dance and music taught by some 30 instructors who travel to five prisons in Westchester, Sullivan and Dutchess counties, including the Fishkill Correctional Facility in Beacon (where prisoners last year performed The Odd Couple) and Green Haven Correctional Facility in Stormville (Same Thing Make You Laugh). 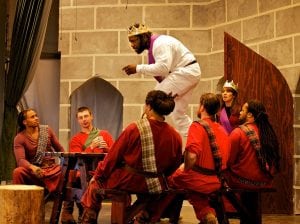 After seeing a production of Golden Boy at Sing Sing, O’Brien realized “it had everything that good theater should have — passion and a commitment to make believe. By the end, it was very moving, more so because as a viewer, you never really forget the context. At the end of the performance, the guards came out and said, ‘Guests to the front, prisoners to the back.’ We go back to our lives and they go to their cellblocks.”

After speaking at length with Vockins, O’Brien volunteered to teach 12 improv sessions for a group of about 15 Sing Sing prisoners. Soon after, RTA asked him to direct On the Waterfront. 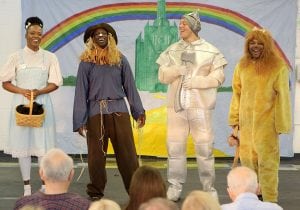 The play will be performed at Sing Sing Visitor Center. The security differs significantly from Boscobel, where HVSF has its productions, with multiple gates, pockets emptied, searches made, sleeves rolled up, cellphones surrendered. The stage is a platform with seating on three sides; a backdrop allows for crossovers. The play will be presented three times, twice for prisoners and once for the public, with the latter audience consisting mostly of family members.

Plays are chosen each year by RTA’s “steering committee,” a group of prisoners who have taken leadership roles within the organization. Auditions at Sing Sing were held in the usual manner. It was during rehearsals that the differences between working with professional actors and inmates became apparent, O’Brien says. He could not talk to his cast outside of rehearsals, for instance, and he never knew who would show up. 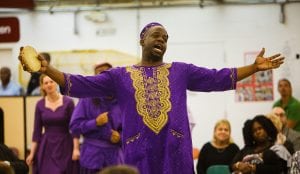 “All I can do is see who is there and work with it,” he says. “The great thing is that people will jump in and do someone else’s part with enthusiasm.” He said that even without formal training in drama, “their instincts are extremely smart. When I ask, ‘What is this about?,’ they talk about more than plot. They get to the emotional life and are usually dead-on in the assessment. That’s been the biggest surprise for me.”

None of the prisoners share their personal stories with O’Brien, and they don’t know his. “That’s not why we’re there,” he says. “I only know them in the context of doing the play, and that’s enough. We’re there to do the work, to build empathy, collaborate and communicate loudly and clearly. If I knew anything about them, I’d probably have a different reaction, which isn’t what this is about.”

One thought on “Learning How to Act”