The long-running effort to identify a site for a centralized Beacon fire station will continue, as the City Council has pivoted from a plan to put the station  in Memorial Park, and is now setting its sights on the Dutchess County building at 223 Main St.

The council appeared in recent weeks to have settled on the Memorial Park dog-run area and was scheduled to vote on May 15, but opted to table the decision after a number of residents spoke out against the choice and Council member Lee Kyriacou questioned the long-term viability of the park. 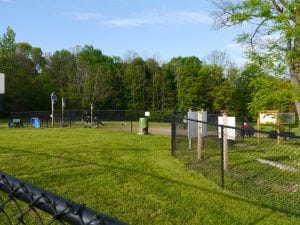 Memorial Park emerged as the choice after a site selection committee whittled down a list of nearly 20 potential locations. However, at the May 15 meeting, it was Kyriacou who suggested reconsidering the committee’s original first choice — rebuilding and expanding the 106-year-old Mase Hook and Ladder station on Main.

Building on that site would cost more up front than Memorial Park, but could prove wise in the long run, Kyriacou said.

“All of those are structural facilities that, if we put them on Main Street, we could share.”

Kyriacou also pointed to the new Beacon Highway Department building on Camp Beacon Road as a facility whose out-of-the-way location limits the sharing of services.

That led Mayor Randy Casale to the Dutchess County building, which sits on the west end of Main and houses mental health facilities and the Department of Motor Vehicles. “I would like to talk to Dutchess County and ask if we could share services with them,” Casale said. “I’d like to ask if we knocked that [223 Main] building down and placed a new building on that whole site, then we might be able to put a couple of [city and county] services in there.”

The council voted 6 to 1, with Ali Muhammad dissenting (he said the council needed to finally make a decision), to table the vote on the dog park, pending a discussion with Dutchess County. The feasibility   of partnering with the county is expected to be on an upcoming council workshop agenda.

New York Gov. Andrew Cuomo has urged county and local officials to share resources as a means of reducing tax burdens. When asked whether the county would consider sharing a Main Street facility with the city, Dutchess County Legislator Jerry Landisi said: “I’m not sure how the county will react to this, but I feel it is worth looking into. I have always felt that location could be put to better use. This could potentially be that better use.”

Numerous studies have concluded that the city’s three aging fire stations should be consolidated, as maintaining the stations — two of which are more than 100 years old — has proven challenging.

The most recent study commissioned by the city in 2014 recommended a 21,200-square-foot station at the city-owned Cannon Practice Field at the corner of Verplanck Avenue and Matteawan Street. The site is no longer being considered because a 1920s deed restriction stipulates that the land only be used for children’s athletics.

Should the city return to the Memorial Park dog run, the land would need to be removed from the state’s park inventory before Beacon could build there. That process, said City Attorney Nick Ward-Willis, would involve Beacon making up for the loss by adding parkland elsewhere or making improvements to existing parks.