The Village of Cold Spring wants a federal court to throw out a $2.5 million lawsuit filed by developer Paul Guillaro over how the village handled his plans for the development of the former Butterfield hospital site.

In a May 19 letter to Judge Nelson Román of the U.S. District Court for Southern New York, the village’s lawyer, Seamus Weir, said he planned to ask for a motion to dismiss the two-month-old complaint, which charges that Guillaro’s constitutional rights were violated when the village required him to re-submit his site plan after he swapped the occupants of two buildings.

Román scheduled a hearing for June 2 and directed Butterfield Realty to respond by May 26. 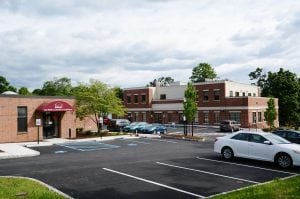 The developer sued Cold Spring and Mayor Dave Merandy on March 15, alleging the mayor undertook “a malicious and intentional campaign of harassment, usurpation of authority and other unlawful actions” against the development. In December Guillaro filed notice in state court that he intended to sue the village and Merandy for $2.5 million, although he does not appear to be pursuing that case.

In a three-page letter to Román, the village cites numerous federal court decisions as precedents to argue that Guillaro has no “protected property right” in his site plan, which is required for a due process claim, because the building inspector and Planning Board have “complete discretion” over approving it.

Guillaro has actively pursued the development of the site on Route 9D in Cold Spring since 2011 and the project underwent intense scrutiny by the village. In June 2015 the Planning Board approved a site plan that included an office-retail building whose occupants would include a long-awaited, county-run senior center; two buildings with 55 market-rate condominiums for older residents; the existing Lahey Pavilion for medical offices; and three single-family homes. 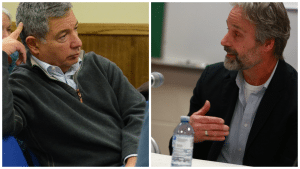 Later that year, Guillaro said he wanted to move the senior center and a planned U.S. Post Office branch to Lahey Pavilion and the medical offices to one of the office-retail buildings. Although he called the move “a minor modification” because it did not alter the buildings’ footprints, height, parking needs or appearance, the Planning Board re-opened the review process.

The village maintains that Guillaro changed the site plan after the Planning Board had signed off on it. “In other words, the plaintiff [Butterfield Realty] no longer had an ‘approved’ site plan,” the letter states. “As a result, the plaintiff was required to have its revised site plan re-approved before any building permits could be issued.

“While the plaintiff may have been unhappy about the additional time and expenses required, such is the nature of any large-scale redevelopment project.”

Weir said on May 23 that he could not discuss the case. Salvatore Ferlazzo, who represents Butterfield Realty, could not be reached.