The Chapel Restoration in Cold Spring, which over the summer was closed for a month to upgrade its electrical system and install air conditioning, returns with its culture cup running over.

The Greek Revival ecumenical chapel on the Hudson River will play host in October to a mix of musicians and writers. The chapel, which was constructed in 1833 by the West Point Foundry for its growing population of émigré Irish Catholic workers, this year celebrates the 40th year since it was rescued from ruin, restored and reopened in 1977.

The Chapel Restoration is located at 45 Market St., adjacent to the Metro-North train station, where parking is free on weekends. 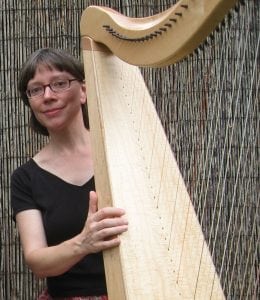 Margaret Vetare will perform as part of a trio on Oct. 7. (Photo provided)

On Sunday, Oct. 8, at 4 p.m. the Chapel will host a music, dance and art experience called the Matisse Jazz Project: Music and Culture in a Global Age.

Jazz was a huge influence on the artist, who published 20 of his paper works in a book called Jazz and who once wrote: “There are wonderful things in real jazz, the talent for improvisation, the liveliness, the being at one with the audience.” 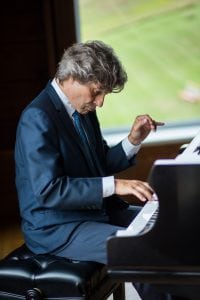 Violinist Gwen Laster, a Beacon resident, and pianist Christopher Bakriges will perform, and Tess Dul of Philipstown will provide narration. The suggested donation is $15 for adults and $10 for seniors and students.

Classical music, a Chapel mainstay, is on the schedule for Monday, Oct. 9, at 4 p.m., with Harvest Gratitudes, a pop-up concert to raise money to buy stage lights.

The Open Heart String Quartet, with Evans and Nelva TeBrake on violin, Cynthia Ligenza on viola, and Carolyn Llewellyn on cello, will also perform, along with the Philipstown Student String Ensemble.

The composers include Vivaldi, Beethoven, Heinrich Biber, Arvo Pärt, Jay Ungar and Molly Mason, and Joseph Kosma, along with Garrison’s Art Labriola. The suggested donation is $15 or $10 for seniors and students.

On Saturday, Oct. 14, at 7:30 p.m., Bekah Tighe and Sonia Ryzy-Ryski of Cold Spring will debut a music series at the Chapel called Restoration Roadhouse. Ryzy-Ryski says they hoped to offer something “a little bit raunchier than the usual fare — we want to bring in fresh, unique music that we don’t often see here, touring artists stopping off on their way to or from the city.”

The idea grew out of the Chapel’s popular Sunday afternoon concerts. First up is Session Americana, a Boston-based collective of singers and instrumentalists who blend vintage American roots styles from country to jazz to rock. 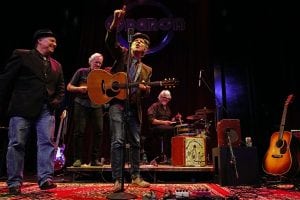 According to the band, its instruments include a collapsible bar table “wired with microphones, a vintage suitcase recast as a kick drum, an old Estey field organ, a pre-war parlor guitar, a mandocello and all of its smaller siblings” and “a harmonica case fire-damaged when Jack’s Bar went up in flames and graffitied by Depeche Mode roadies.”

Kamel Jamal, owner of Tito Santana in Beacon, will have a taco stand outside and beer will be available for purchase from Industrial Arts Brewing Company, owned by Cold Spring resident Jeff O’Neill.

Bracketing these musical events is the Sunset Reading Series, which returns on Sunday, Oct. 1, with Jenny Offill, whose latest novel is Dept. of Speculation. Offill published her previous novel, Last Things, in 1999, and has written several children’s books. 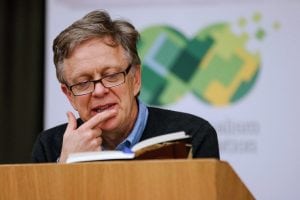 Journalist Ted Conover will read from his work on Oct. 29. (Photo by Emma Oravecz)

On Sunday, Oct. 29, journalist Ted Conover will read. Among other assignments, Conover has ridden the rails with modern hobos, scrambled across borders with Mexican migrants, driven a taxi in a wealthy town and worked as a corrections officer at Sing Sing. His latest book is Immersion: A Writer’s Guide to Going Deep.

Each reading begins at 4 p.m. and is followed by a reception. Admission is free but donations are welcomed.