Cold Spring Mayor Dave Merandy is asking the federal government to ensure that the company that owns Chestnut Ridge, which provides subsidized housing for seniors, is not allowed to convert the complex to market-rate apartments.

Residents in the 64-unit complex were alarmed last month when they received a letter from the U.S. Department of Agriculture, which provides low-interest loans to developers to create rural housing for the elderly, disabled and poor, that the owner of the property wanted to convert it to market-rate apartments. 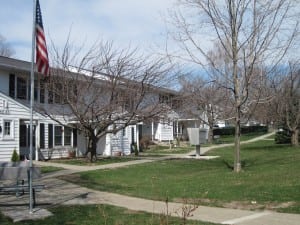 The letter, dated Nov. 15, said Harmony Management wanted to pay off its USDA loan and convert the apartments. The agency said that if it granted the request, rents could rise and the agency would no longer able to provide subsidies to tenants. (The USDA holds the mortgage on the property.)

However, soon after, a “corrected” letter arrived from the USDA, identical to the first except for a new, bolded paragraph that read, “Based on USDA’s communications with the owner so far, the owner plans to continue to operate the apartments as affordable rental housing.”

At its Dec. 5 meeting, the Village Board approved a letter from Merandy to the USDA urging the agency to ensure that Chestnut Ridge remains subsidized housing. The letter notes that Chestnut Ridge is the only affordable housing in western Putnam County.

“Without these subsidized apartments the low-income and mostly elderly tenants will be forced to move into an unfamiliar environment,” he wrote.

On Dec. 6, Dan Dunning of Harmony Management, which has owned Chestnut Ridge since it opened in 1981, told The Current that the company wants to transfer its loan from the USDA to a private lender but said the proposed agreement with the agency would keep Chestnut Ridge as subsidized housing for another 10 years. “We’ll probably keep it subsidized longer than that, but that is all USDA requested,” he said.

Christopher Stewart, a special projects coordinator with the USDA, wrote in an email that the current 50-year loan matures around 2030. 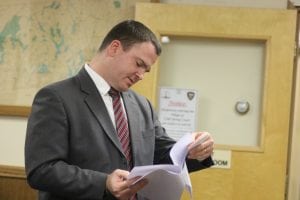 CPA John Costilow said his firm had found no issues with the village’s finances. (Photo by M. Turton)