Newburgh’s North Plank Road Tavern throws a party every Dec. 5. And, given the theme, the setting could not be more authentic.

This year’s gathering on Tuesday evening toasted the 84th anniversary of the end of Prohibition in 1933. The ratification of the 21st Amendment turned the last page on a chapter in the historic life of a restaurant that drivers pass each time they head to the Newburgh riverfront. 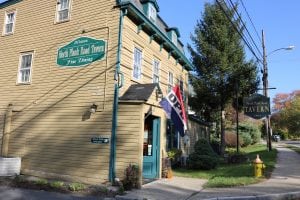 Its unassuming exterior is deceiving. Inside, in addition to cuisine and cocktails served from a hand-carved bar, guests are surrounded by unusual artifacts and tales of mobsters, gamblers and illegal booze.

Built in 1801, the hotel and tavern thrived at the east end of the Newburgh Shawangunk Plank Road, a private thoroughfare that led travelers from western New York and Pennsylvania to the Hudson River. A music shop just down from the present-day restaurant served as the tollhouse where a 2-cent fee was collected. 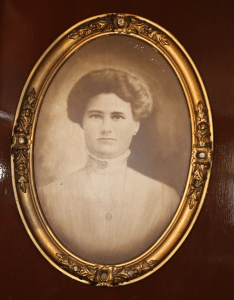 By the mid-1800s railroads had put toll roads out of business and the hotel’s upper floors were converted into a rooming house. The ground floor remained a tavern.

Tom Costa, who bought the property more than 40 years ago at age 28 and still operates the bar and restaurant, says he’s always been a history buff. When Prohibition began in 1920, he says, a woman named Augusta Sauer was the proprietor. “I’ve had old-timers come in who used to drink here then,” he says. “Mrs. Sauer ran a mom-and-pop speakeasy here. During Prohibition she just kept serving alcohol” until she got in trouble.

Those same old-timers told Costa that Mrs. Sauer’s boyfriend once insulted her in front of her adult son, Frederick, who in turn punched the boyfriend, knocking him backward into an open trap door, breaking his neck.

“They buried him back behind the barn,” Costa said. Years later, Costa would dismantle the barn, using the materials to build the house he lives in on the site.

According to Costa, the tavern’s most fascinating period came after 1928, when Mrs. Sauer sold the property to Mitch Nixon.

“He worked for the Legs Diamond organization,” Costa said of Nixon, referring to Jack “Legs” Diamond, aka “Gentleman Jack,” a gangster who plied his trade in New York City and Philadelphia. He met his demise when he was murdered in an Albany rooming house in December 1931 after being acquitted of the kidnapping and torture of a truck driver transporting 26 barrels of hard cider without his permission.

In Newburgh, Nixon closed the rooming house to make room for slot machines on half of the second floor and a still on half of the third that produced “genuine” Gordon’s Dry London Gin. On the other halves of the two floors, accessible only by separate stairway, was a brothel.

Counterfeit Gordon’s labels, found by Costa when he dismantled the intact still in the 1970s, are on display in the restaurant, along with one of Nixon’s business cards illustrated with a sketch of a naked woman.

Costa has had some fascinating finds over the years. In a gutter above the rear of the building he found a Colt Lightning, the company’s first double-action revolver. In the barn he discovered a long-barreled Stevens 410 shot pistol. He also rescued at least one slot machine from the second floor.

There were liquid treasures, as well. 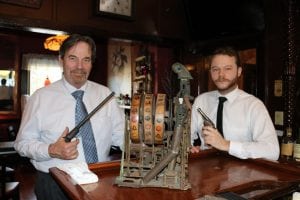 Tom Costa, left, and his son, Zach, with two pistols and a slot machine found at the tavern. (Photo by M. Turton)

Under the trap door of what was once Mrs. Sauer’s kitchen he found jugs of homemade booze that Costa believes she made but which he says were unfit for consumption. In the barn, however, he found several gallons of “applejack,” a distilled apple liquor.

“Nixon made really good applejack out in the barn; it’s delicious,” Costa said. “I still have about 2 gallons” of the now 90-year-old brandy.

The tavern’s beautiful mahogany bar was originally housed in Manhattan, according to Costa’s old-timers. Around the end of the Civil War it was brought up to Newburgh and installed in the United States Hotel on the riverfront. When the hotel was remodeled around 1895, the bar was brought to North Plank Road. “They had to cut it down to make it fit,” Costa said. 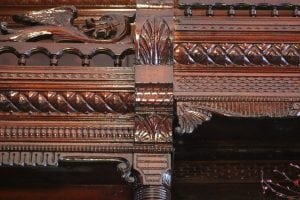 Costa operates the tavern with his wife, Denise, and son, Zach. Its two dining rooms are painted in the Trompe-l’œil technique — French for “deceive the eye” — the walls are painted to mimic wood, stone and brick. One features a painted doorway, while another has a signed fresco of the Hudson River, painted when the carved bar was brought in.

When Costa took over in the 1970s he served French cuisine, although “it’s more of a modern American menu now,” he says. The tavern’s “greatest hits” are an amalgam of offerings from chefs who have worked there over the years, including Kevin Reilly (later executive chef at the Water Club in Manhattan) and Costa’s first wife, Lucy. 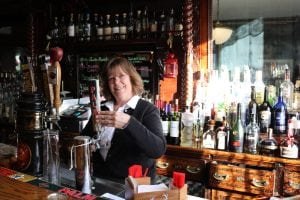 2 thoughts on “The Coolest Tavern in Newburgh”