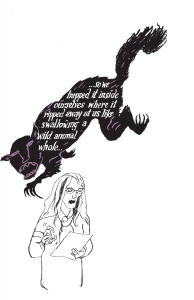 As much as writers need the sound of silence, the craft can be a lonely business.

“Rumor has it that Beacon is full of writers, but few of them know one another,” says Julie Chibbaro, who in December launched Get Lit, a two-hour salon held at the Oak Vino Wine Bar in which writers read their work to the like-minded.

Chibbaro, an author and writing teacher, seems to have tapped into something. With limited publicity, each of the first two sessions drew about 40 people. The most recent was Jan. 7; the next is scheduled for 5 p.m. on Feb. 11. (For more information, see Get Lit Beacon on Facebook.)

To break the ice, the evening began with a welcome from Chibbaro in which she explained that each of the 12 readers would be limited to five minutes, asked each writer to indicate if his or her selection was an excerpt, and introduced the first reader.

In December that was novelist and essayist Lily Burana and on Jan. 7 science journalist John Horgan, who described his frame of mind after finishing a piece as “veering wildly between exhilaration and manic confidence and absolute despair about how people will react.”

Having an audience is important, Chibbaro says, because “writers can sometimes feel like we’re living in a vacuum. We need to get a feel for how our stories are going. I often hear about other writers in my town, but since I’m a homebody, I don’t get to meet them. This is a way for me to invite them out and hear their work.

“I want to serve as a guide, to make the connection between beginner and pro, and everything in between, so I invite guest professionals to share their stories first. Then everyone else reads. There’s also time for mingling. If they’re all there in the same audience, hopefully, they’ll talk.”

There was plenty of chatting, which was great for people like Jena Hershkowitz, a 27-year-old grant writer who works at the Hudson Valley Shakespeare Festival and says she wanted to find a creative community. “Beacon and Cold Spring are vibrant places, but it’s hard to connect,” she says. “This evening has been inspiring and helpful in that way.”

White, who lives in Beacon and read an excerpt from the draft of his first novel, says that “knowing you’re going to present your work is motivational,” joking that he found reading his work “far easier than talking to strangers during the break!” 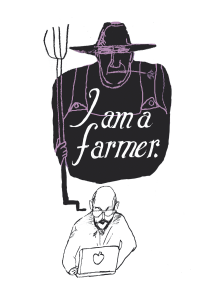 Graves, also from Beacon, attended the December session to listen to others but braved reading her own work at the second. “Beacon needs these,” she says, noting that years ago she attended arts salons at the since-closed Chthonic Café. “What’s nice here is that the work is at all different stages of development — even first drafts. It’s very forgiving.”

Chibbaro, who has published three novels (Into the Dangerous World in 2015, Deadly in 2011 and Redemption in 2004, which won the American Book Award), says she was first exposed to a literary salon when she lived in Prague in the 1990s.

“All these years later, I am still in touch with the writers I met,” she says. “Connecting with them was enormously helpful to my growth and my belief in myself as an author. It’s encouraging to read work aloud to an audience, to discover its impact, or to see how much work you still have to do.”

Chibbaro, whose next five-session writing course begins in February at the Howland Cultural Center, says she pushes her students “to get their work out there.” She says she hopes to someday organize a writers’ conference and to bring more professional writers to Beacon to read.