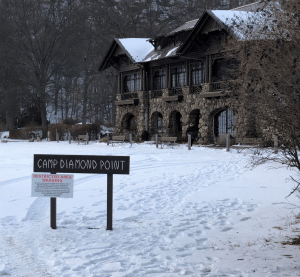 DANGER ZONE — A crew filming scenes for the ABC drama Quantico on Jan. 19 near the Bear Mountain Inn installed this foreboding sign, which warns that “deadly force is authorized” against trespassers. The episode is expected to air next year. Photo by Kay Corkrum 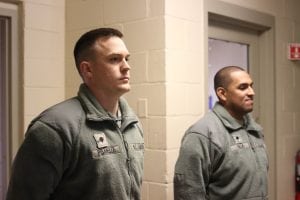 HONORED FOR SERVICE — Mark Pisanelli of Beacon (left) and Orlando Villa, specialists in the New York Guard, were named Soldiers of the Year for the 56th Area Command. Photo by Sgt. Zach Perkins 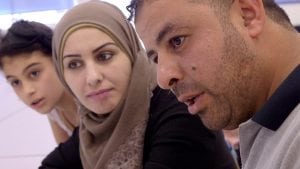 HIT FILM — This is Home, edited by Toby Shimin of Philipstown, won the Audience Award for World Cinema Documentary at the Sundance Film Festival on Jan. 27. The film is a portrait of four Syrian families who immigrate to Baltimore and struggle to find their footing.