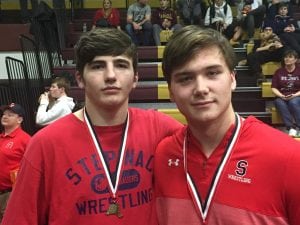 Barry entered the tournament, held on Staten Island, as the sixth seed of 16 wrestlers in the weight class. He won the title after executing a double overhook throw against an opponent from Long Island and pinning him at 1:06 in the first period.