Elizabeth Arnold had a choice to make. She could pursue a career as an artist or spend years training to become a clinical psychologist.

She chose the latter, earning advanced degrees from Harvard and Columbia. The Nelsonville resident says she wanted to tame her “wild streak” within a structured environment. “Intuitively, I knew it was the right path,” she says. “I needed to learn about human development and what can happen in the human brain.” 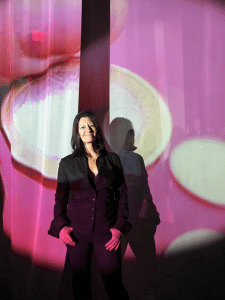 In the following 20 years, however, she remained drawn to the visual arts. Although the last formal training she had was a life-drawing class she took in her 20s at the Art Students’ League, six years ago she rejoined the pursuit and on Feb. 10 her first solo show, Some Memories Fade, opened at the bau Gallery in Beacon.

Earlier in her career as a psychologist, Arnold worked with people transitioning from prisons, shelters and drug treatment. “I was working with institutionalized people, finding incredible beauty and resources in people who had been discarded and relegated to the fringes of our society,” she says. 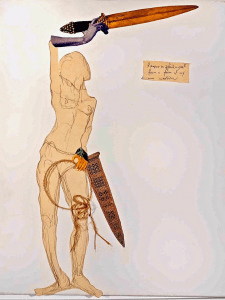 She says witnessing what “traumatic stress can do to memory and to a person’s sense of self-cohesion” informs her art. Its themes of memory, symbols and archetypes arise from “years of therapeutic work with combat veterans with PTSD at the Veterans Affairs hospital in Brooklyn, or with the effects of incest and neglect that would lead a 7-year-old growing up in an inpatient unit in the Bronx to draw herself without an outer perimeter,” she says. “Each person I saw over time seemed to have their own personal symbolic language.”

Through her work, she learned a lesson about art, she says. “Visual symbols can cross cultural boundaries and communicate what words cannot about universal human experience: hunger, longing, fullness and emptiness, exhaustion and renewal, birthing and dying, experiences of beauty, love and connection. These experiences are so huge that they turn into their own type of sadness that is also about beauty and love, and how fleeting it all is, and how impossible to hold on to.” 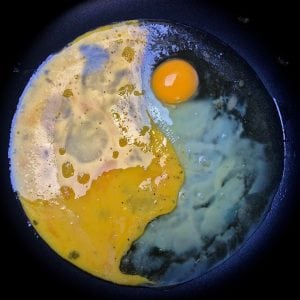 Seven years ago, Arnold lost three people close to her, each of whom died in his or her 40s. She was the same age, and the deaths led her to reflect on her own choices and aspirations.

“Loss was a catalyst,” she says. She rented a studio space to begin making art, despite wondering if she “would just sit there and have a panic attack.” Instead, she says, she found she “could take the rawness of emotions and translate them into visual, tactile, physical forms.”

After moving to the Highlands, Arnold rented a Nelsonville studio and began taking life-drawing classes at the Garrison Art Center. One day this past November, Herman Roggeman, co-founder of Collaborative Concepts and a member of the bau Gallery, who once had a studio in the same building, visited his old haunt. He spotted Arnold’s work and was impressed enough to reach out. That was followed by an invitation to mount a show. 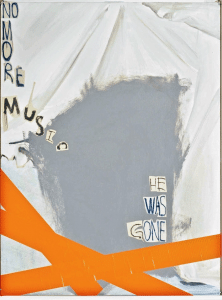 Some of Arnold’s work is a combination of paint and found objects. “When I walk, I’m always looking down,” she says. “Whatever I collect, at some point, will end up next to something else in the studio and make sense.” She says in these discarded objects she sees how “art creates beauty out of sadness, fear, ugliness and pain.

“Can we find beauty, or consciously make beauty out of ugliness, recycling what is thrown away, finding wonder and awe in unusual places?” she asks. “Can we hold on to our humanity in times of fear, through threats of scarcity, of us versus them?”

The bau Gallery, at 506 Main St. in Beacon, is open Saturdays and Sundays, noon to 6 p.m., or by appointment. See baugallery.com.