Ron Soodalter of Cold Spring is the co-author, with Kevin Bales, of The Slave Next Door: Human Trafficking and Slavery in America Today, which examines the plight of those forced to work for little or no money under threat of violence. 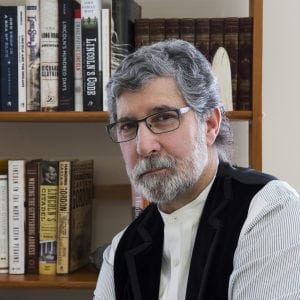 How did the book come about?

I was finishing Hanging Captain Gordon, which is the story of the only man in U.S. history to be executed for slave trading, when I stumbled on an article about modern-day slavery. It dawned on me that at the time [2009] a book had not been written about human trafficking in our own country. So I asked the co-founder of an advocacy group in D.C., Free the Slaves, if he cared to co-author one.

What was the most surprising thing you learned?

The fact that slavery, although it is legal nowhere, exists virtually everywhere, including in 50 of our 50 states. As an historian, it floored me to find that the old slave trade had survived.

What can be done politically?

Are you optimistic the situation will change?

I’m optimistic that it continues to make headlines but discouraged that we are almost without exception focused on forced prostitution. Slavery occurs with nannies and housekeepers in our homes, it occurs in restaurants, laundries, you name it. Wherever there is an opportunity to exploit someone, it’s being done.

We have to be aware of the fact that slavery still exists, and the iterations in which it exists. We think slavery ended with the Emancipation Proclamation. We are the land of the free, yet there has not been a single day without slavery in this country since the first white man set his foot on the shores. That’s something that should be taught in every social studies course.