This will be the choice presented to participants at the first of four weekly sessions in Beacon to create a hat of their own. 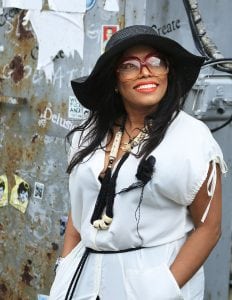 The course, which begins Saturday, May 19, will be led by Mackie Ronson, who “minored in millinery” (technically, accessories design) at the Fashion Institute of Technology. The classes take place on consecutive Saturdays at the Howland Cultural Center, 477 Main St.

In the first session, participants will be asked to choose their path — straw hat or a fedora — and will learn a few stitching techniques. “Head-blocking,” or making a mold from your head, comes later.

Students will be able to choose from accessories such as feathers and flowers or bring their own. They’ll also learn how to size fedoras, and Ronson will share the history of the industry and discuss the influence women have had in the design, production and wearing of hats.

After graduating from FIT, Ronson worked for a bridal business, designing veils and hats, before joining the Steve Madden footwear company. She spent a decade there in production, sourcing, design and branding.

Since leaving Steve Madden, she has freelanced and specializes in launching European and Latin footwear brands in North America. She travels often to Spain, Italy, Bangladesh and Mexico to scout factories and materials but says she is ready to perch in Beacon and would love to open a “hands-on footwear — particularly sandals — and hat-making shop, using eco-friendly materials and dyes, stitching rather than gluing, where possible.”

With assistance from the Beacon Historical Society, Ronson has become a historian of local millinery. While Danbury claims to have produced more hats, Ronson believes that may be because its manufacturers kept better records. Certainly Beacon was the center of the industry in New York, especially in the 1920s. Ronson estimates that, at its peak, the city’s factories were producing 10,000 hats a day. 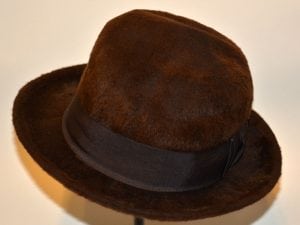 “It was all bench work, the beginning of assembly-line industry, with set stations, clocking in and an emphasis on productivity,” she says.

The last Beacon hat factory closed in 2005. Ronson says her goal is to bring some of the hat and shoemaking industry back to Beacon, but without the extensive use of chemicals that ended up in Fishkill Creek.