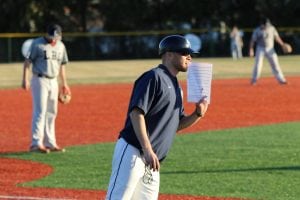 Impellittiere, a 2009 Haldane grad who is in his first year at Hood, located in Frederick, Maryland, guided the Blazers to a 29-win season and the third seed in the league tournament. Hood won its first 14 games of the season, the fastest start in the program’s four-year existence.

One thought on “Haldane Grad is Coach of Year”