Although the Hudson Valley Shakespeare Festival has only dipped into the Bard’s 10 “history plays” twice in its 32 seasons, remedying that wasn’t the reason Artistic Director Davis McCallum included Richard II in the repertoire this summer. He chose it, he says, because it resonates.

“The play dramatizes the rupture caused when a new system comes in and destabilizes a kingdom,” he says. “I’ve been obsessing over it for a year. Shakespeare takes these big things and makes them personal.”

Richard II was probably written about 1595. Although it’s set some two centuries earlier, it spoke to audiences at the time because of the contentious reign of Elizabeth I.

In the play, Richard, who is cultured and charming but compromised by his self-absorption and errors in judgement, is challenged by Henry Bolingbroke, a cousin and former supporter. Shakespeare examines family loyalties, their consequences and questions of treason and justice. 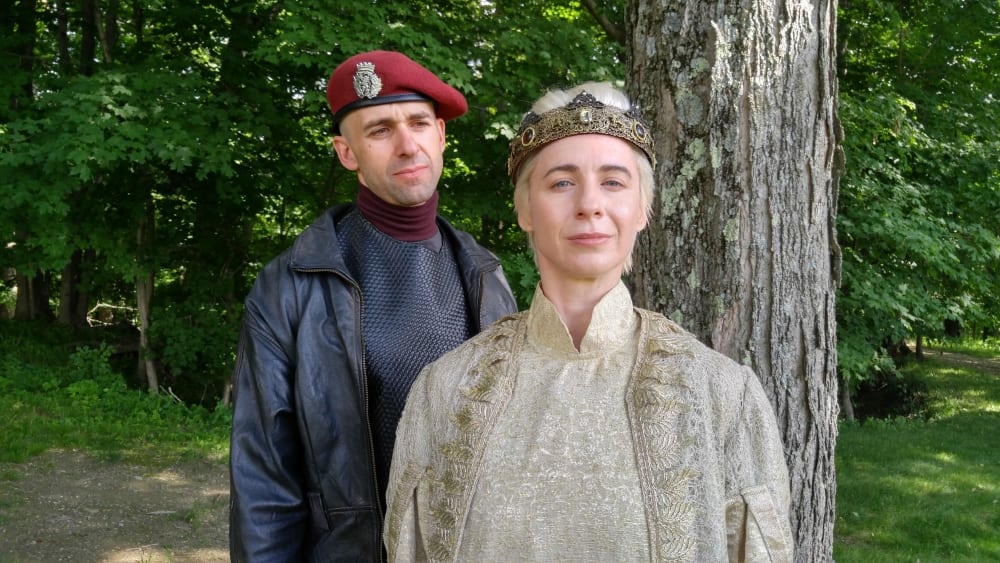 Julia Coffey will play the title role. Although McCallum, who directs, says he has read “a few Facebook grumbles” about a woman portraying a male, “gender isn’t an active component of this play. Richard exists outside the boundaries of convention in other ways. He has so much learning to do, because being a monarch has insulated him. He has to look into the mirror.”

Coffey says that despite preconceptions that Richard II is a ponderous historical drama, “it doesn’t feel like a dry, educational piece. It’s a play about the birth of a human being.”

She explains: “A man considered a direct conduit to God learns that he is a subject himself. What’s left after you take away purpose and identity? Richard has created his own bubble, of ceremony, of pomp — it’s his headspace. Then the divine right gives way to the power of the sword. It’s almost like Shakespeare is shining a light on it; it does come down to one decision, which changes the world.”

McCallum says he’s come to see the play as a tragedy “in a line going back to the Greeks. Someone high takes an incredible fall. We all encounter loss. Plays like this are in a sense spaces created which allow us to feel a little less alone.”

Unlike the line in many of Shakespeare’s plays between hero and enemy, the one here can be ambiguous. McCallum says that although, as a director, he could push one view over the other, he attempted to create a balance, “letting the audience become the tipping point.”

When HVSF selected plays for the 2018 season, current events were front and center, McCallum says. The Taming of the Shrew reflects the #MeToo conversation. The questions raised by The Heart of Robin Hood focus on compassion, courage and sacrifice, he says. All three plays provide “a lot to think about on the way home.”

The HVSF season began Thursday (June 7) with a preview of Taming of the Shrew; the first preview of Richard II is Saturday. See hvshakespeare.org for tickets. The season will also include, on Labor Day Weekend, a community production of Rip Van Winkle, Or Cut the Old Moon into Stars. The performances take place under the tent on the grounds of Boscobel, 1601 Route 9D, in Garrison.