The Cold Spring Recorder published a hit-by-hit account of a five-inning base ball game between the Albions of Brooklyn and the Unions of Cold Spring, which the locals won, 36-17. In the second inning, the writer reported, “Meade sent a beautiful one over the fence, and by the rule of the game, could make but one base.”

The Sons of Temperance announced the subject for their next Monday evening debate: “Were the Puritans justified in their treatment of the Indians?”

A “strong force of men” from Cold Spring and Nelsonville turned out to raise the frame of a new mansion for Mr. Gouverneur.

A robber stole a large quantity of cigars, tobacco and whiskey, plus $35 in cash, between 10 and 11 p.m. on a Wednesday night from the J.B. Ruddiman saloon.

A young man on Main Street, while under the influence of “tangle foot” [cheap whiskey], threw an ax at his mother, but missed. 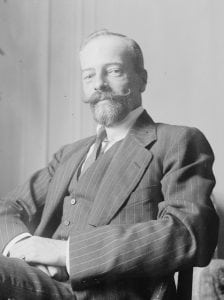 General and Mrs. Butterfield hosted a reception at their Cold Spring home for the Grand Duke of Russia, the Rear Admiral of the Russian Navy and about 50 Russian officers. A contingent of officers from West Point also attended.

Warrants were issued for the arrest of two young men from Nelsonville who were accused of shooting robins every Sunday.

Frank Beedleson, a one-legged bicyclist from Syracuse who was riding across the U.S., passed through Cold Spring on his way to New York City. About the same time, Georges Grandin, 25, who said he was a reporter for Le Journal in Paris, stopped in Cold Spring while walking to Chicago for the World’s Fair.

After much debate, Cold Spring residents voted down the construction of a waterworks, 43-41.

In Garrison, Garry Vandemark killed a five-foot-long snake that had 21 rattles.

A shooting match between the Garrison and Cold Spring Gun Clubs ended in a tie.

The Philipstown Garden Club asked for gifts of vegetables to deliver each Wednesday to the U.S. Army hospital in New York City. 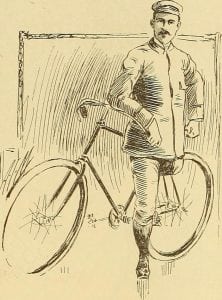 Frank Beedleson, a one-legged bicyclist, passed through Cold Spring in July 1893 during a cross-country trip. He is shown in an illustration from the April 1893 issue of The Wheel and Cycling Trade Review.

Francis Beard, 33, a blind organist who lived with his sister in Cold Spring before landing a job at Peekskill Rollerdrome, was killed while a passenger in an auto that hit a parked truck.

The federal government asked poultrymen in Putnam County to produce 13 percent more eggs as part of the Food for Victory program.

Corp. Benjamin Frazier, 34, a Garrison architect and Harvard grad, was a correspondent for the British edition of Yank, the Army’s weekly magazine.

First Lt. Stanley P. Matthews, son of Mr. and Mrs. Stanley Matthews of Morris Avenue in Cold Spring, was killed in action in the African theater on July 13, becoming the first Philipstown casualty of World War II. A 1940 Haldane graduate who was known as “Jitter,” he was a navigator in the U.S. Army Air Corps. His survivors included a brother and twin sister.

Lt. Gertrude Nolan, the first female officer of the U.S. Army from Philipstown, came home on furlough to visit her father on Church Street.

Eight of the 14 members of the All-Putnam County high school track team were students at Haldane.

A 40-year-old Staten Island man who rode a tugboat to Garrison’s Landing to witness the filming of Hello, Dolly!, fell off the dock into the river and drowned. His body was taken to Clinton Funeral Home.

Gov. Mario Cuomo promised that New York would begin making payments to Putnam County totaling about $400,000 in lieu of property taxes on 13,929 acres of state-owned land. Half the money will go to the county’s school districts.

Lisikatos Construction won its first game of the year in the Philipstown women’s softball league, defeating Symphony Fabrics, 32-30. In another softball matchup, the Lions Club defeated the Philipstown Rotary Club, 16-11, after which everyone enjoyed a barbecue.