Jonathan Kruk is the author, most recently, of Legends and Lore of the Hudson Highlands. Split Rock Books in Cold Spring will host a reading today (Aug. 3) at 7 p.m. 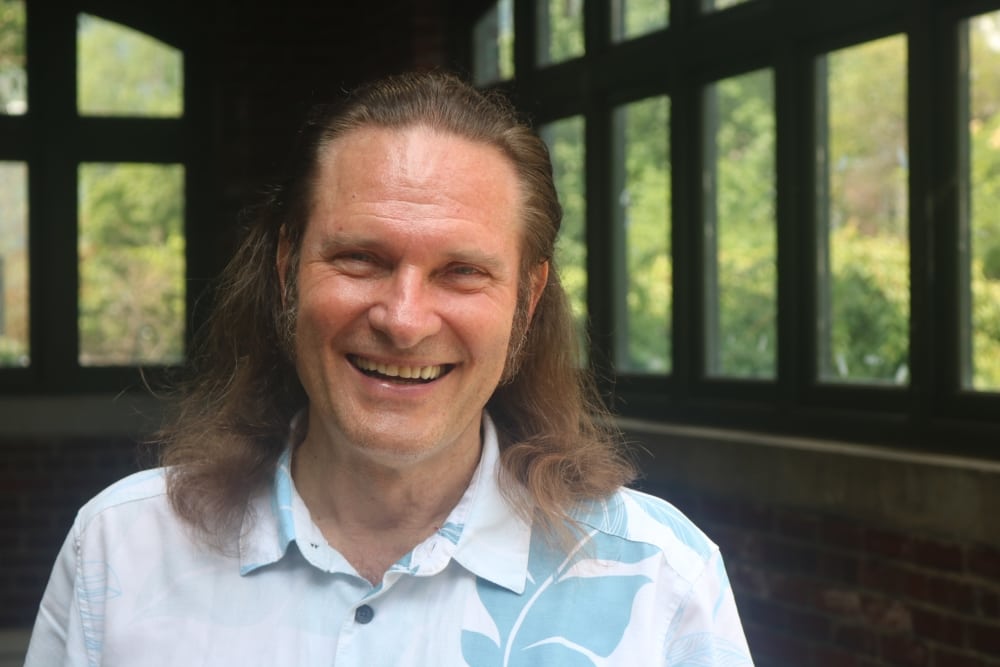 These stories have been around for a long time. Why publish them now?
I became inspired by the hordes of hikers who gather around here and wondered if they knew about the stories that surround them, beyond what they find in the hiking guides. Some have already been told in great, historical detail, but I thought I could bring a storyteller’s perspective.

How much of the book is factual?
I grappled with that all through the writing process. I try to acknowledge when I describe something as being plausible, while retelling a story based on the facts. I do always carry my poetic license. I find the best stories are the ones that rise out of the facts. It’s probably about 50-50 fact to conjecture.

How difficult was the research?
It proved daunting. For example, I fell down a rabbit hole looking for the origins of “the money hole” that was located off Dennytown Road more than 200 years ago. I learned there was a counterfeiting ring at the bottom, then discovered there was a hermit living there. Over the decades, people have supposedly found printing equipment, slices of silver. That story led me to the quarry at Bull Hill and then above that to a bull bellowing into the night that may have jumped off Breakneck Ridge. That, in turn, led me to discover that Breakneck also had a Native American name that hinted at something disastrous happening there.

Which of the stories is least known?
Probably the tale of Ashael Bell, who became a hermit when the Cold Spring lass he had fallen in love jilted him for a city slicker from New York. He was determined to make a fortune to prove she had made the wrong choice. He slowly bought up desolate rocky farmland and collected the rents, grew a Rip Van Winkle beard and supposedly stashed his treasure away in these hills. People claim he hid out near Garrison and up near Fishkill. He met with a very untimely and mysterious death.

Is there a message between the lines of the stories?
On one hand, the Hudson Highlands nurture; on the other, they stir things up.  They nurtured revolution and may do it again, although not bloody change. They stir you up inside, inspiring the likes of everyone from George Washington to Pete Seeger. They do so with the comfort they provide. While staying at Denning’s Point, Alexander Hamilton famously wrote that a little national debt, if not excessive, would prove a kind of blessing for the new nation. That was revolutionary. The Highlands inspired Seeger to build the sloop Clearwater. They inspired many artists, including Thomas Cole and the Hudson River School of painters. Every hill and every hollow holds a story like a treasure.