New coaching staff and system for 2018

This will be a season of change for the Beacon High School football team, with a new coaching staff and system for the 2018 campaign.

The Bulldogs have struggled during the last few seasons and finished at 2-7 last fall. They open the season today (Aug. 31) at Pelham.

Jim Phelan takes over as head coach, succeeding Tony Truscello, who retired after coaching the Bulldogs in 2016 and 2017 (he also coached the team from 2002 to 2005). Phelan spent the last three seasons at Our Lady of Lourdes in Poughkeepsie as an assistant to one of Section 1’s most respected veterans, Brian Walsh. 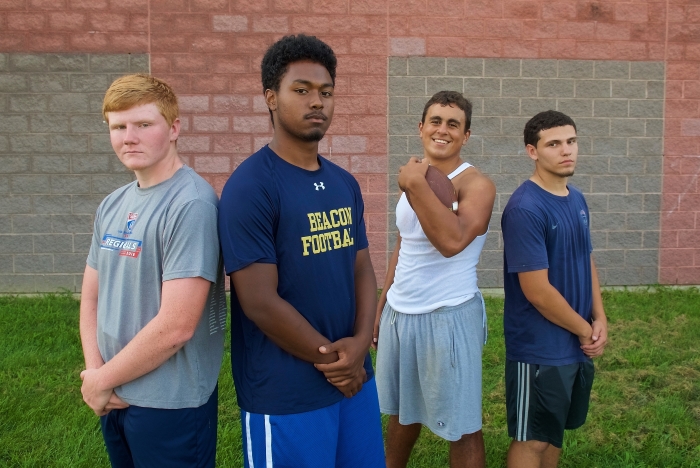 Phelan and his staff have installed new offensive and defensive schemes, and to ensure depth on the varsity will not field a junior varsity squad. Phelan, a 1998 Lourdes grad, said the transition will take time but has been going well.

“We have limitless potential at this point,” Phelan said earlier this week. “The guys are just getting comfortable with these schemes, and they’re picking it up quickly.” 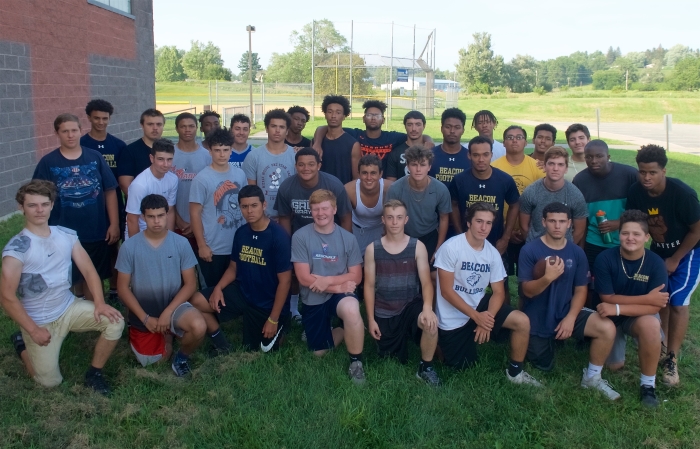 “Honestly, I’m glad to get to the season,” he added. “I’ve spent from January to July dealing with fundraisers, getting new equipment. We changed our jerseys, our helmets, everything. The kids picked the designs.”

The Bulldogs have experience returning on both sides of the ball.

“We return a number of juniors and seniors who have varsity experience,” Phelan said. “Right now, our strength is our leadership.” 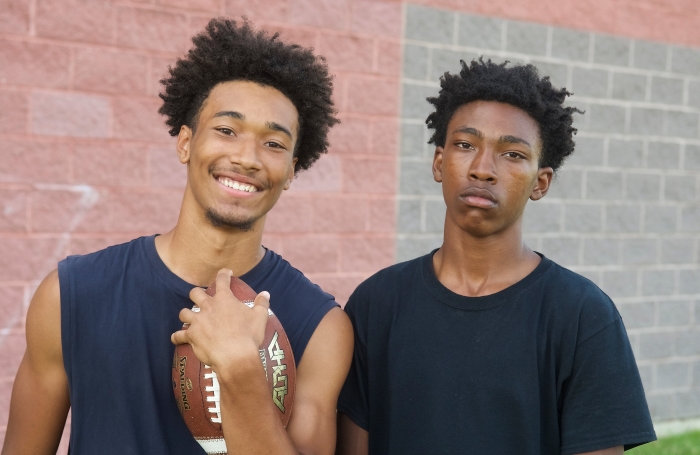 “Our captains will be our leaders on offense and defense,” Phelan said. “That helps us to bring the younger guys along. They bring us leadership, they encourage one another.” 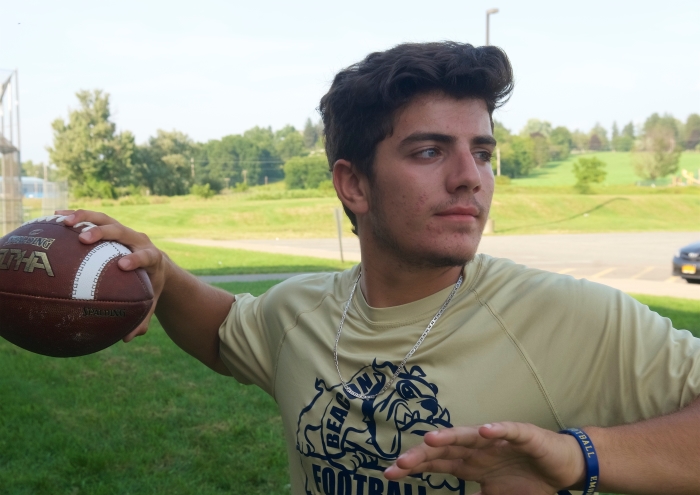 Senior quarterback Joe Decandia also returns and will most likely be the starter. “Joe is very good, he’s under control, he can run, he can throw,” says Phelan. “He knows the new system, and is an athletic kid with experience. He knows what we’re looking for, and can read defenses.” Freshman Jason Komisar is the projected backup and could be a defensive starter in the secondary.

Negron, Rivera and senior Manny Garner hope to give the Bulldogs a potent ground attack, and junior Quazir Hayes and Dakota Salter are receivers.

Phelan said the team’s defense is a work in progress. “It’s something that we developed at Lourdes over time, with a lot of mixed coverages,” he said.

The injury bug has already hit the Bulldogs, who will be without junior Angel Feliz, who had been expected to start at linebacker and running back. He tore his ACL in the team’s first scrimmage. “It’s heartbreaking,” Phelan said. “He hadn’t missed a workout since January. He was a guy we were counting on.”

Nevertheless, Phelan said his team is ready for its opener. Beacon will play in Class A, League E this season with Pelham, Pearl River, Poughkeepsie and Peekskill. It has non-league games scheduled against Mount Vernon and Yonkers.

“I always tell the guys — if we don’t come into the season with the mindset that we’re going to compete in every game and compete for a league title, you’re giving up from the start,” Phelan said. “You want to win the league, you want to get into the playoffs, you want to start to compete for section titles.”