The Haldane High School volleyball team has dominated opponents over the past two weeks, losing only five games while blanking opponents in every victory. Their wins include two shutouts over rival Beacon. 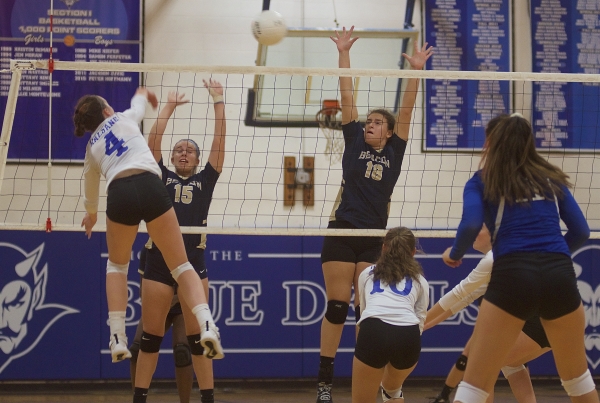 “We had a slow start, but we turned it on midway through the second game,” said Coach Kelsey Flaherty, a 2012 Haldane grad. “We got the job done thanks to our defense.” 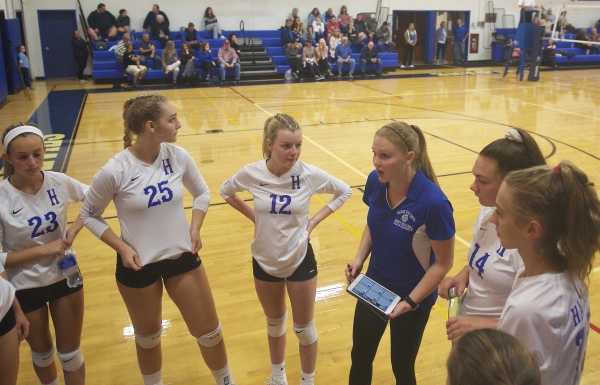 Haldane coach Kelsey Flaherty talks to her team during a timeout on Sept. 25. (Photo by S. Pearlman)

“Grace got us some important points,” said Flaherty. “She’s a key player for us on offense. Olivia had eight aces, which was key as far as keeping possession. And Fitzgerald also played well when the ball was set to her.” 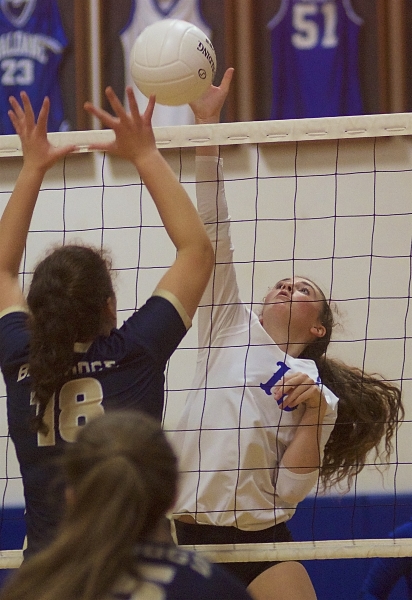 Maria Barry of Haldane (in white) and Beacon’s Lejdina Gecaj meet at the net in the Sept. 25 match. (Photo by S. Pearlman)

Haldane’s three losses include two to the much larger Scarsdale and one to Ardsley. It is scheduled to host North Salem at 6 p.m. on Tuesday, Oct. 2, before traveling to Pawling on Thursday, Oct. 4.