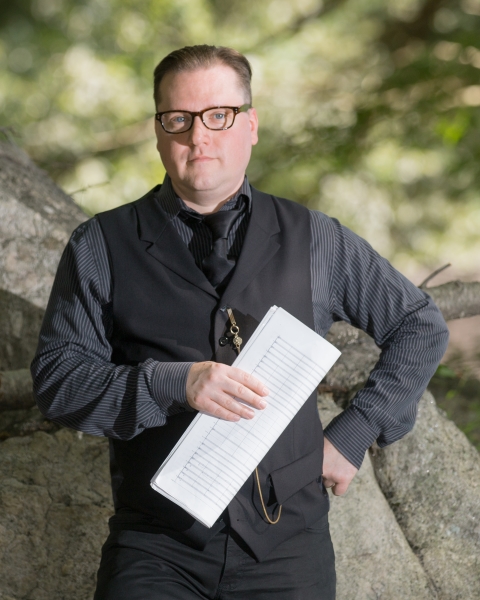 How do you work with the first pianist to perform a piece you’ve written?

Twelve Pieces for Solo Piano was essentially done by the time Michelle Alvarado and I met in 2017. She’d make recommendations, such as: “This passage is too fast, so it’s not communicating the idea clearly at that tempo.” We worked through the nuances, the shading, making a section more percussive, in a “Let’s really hit that” kind of way, or “The notation says pianissimo, but I think it’s too soft.” Michelle felt part of the creation of the music.

What’s it like to hear your work played by someone else?

Michelle’s a virtuoso. When she plays it, it comes to life in a different way. I write, I hate to admit, on a digital keyboard, so hearing her play it on a mighty Steinway D, when the notes hurl up to the rafters, makes you realize things like where the tempo needs to be adjusted. Michelle recorded it at the National Opera Center on Placido Domingo’s piano, which set the standard.

How do you book Carnegie Hall?

Twelve Pieces for Solo Piano is fiendishly difficult to play. I was worried about it, and when I started working with Michelle on it, she said she thought it was doable but that she would need to practice it a lot. She was working so hard, I decided I needed to set up concerts. I arranged one at Kleinhans Music Hall, in Buffalo, where I’m from, then wrote the director of bookings at Carnegie Hall. She asked me to send the recordings and called with a date.

How are the 12 pieces connected?

The work was a commission. It was daunting to write, and I don’t think I would have done it otherwise. It’s 82 pages and 50 minutes long and each piece has a story. The pieces are meant to be performed in a specific order, although each can be played alone. I was frightened at the beginning, but writing “Elegy” after attending the funeral of the wife of a close friend of mine got me inside the project, and my confidence started to build. I humbly hope to add something new to the emerging canon of 21st-century classical music.

The concert will feature Alvarado and cellist Hannah Holman playing the first movement of your Between the Sandhills and the Sea. What inspired it?

It’s the only movement I’ve written, so far, of three or four, so consider it a sneak preview. I always wanted to write a piece for cello and piano. I came across a Rainer Maria Rilke poem, “Two Solitudes,” which intrigued me, and another poem, “Perhaps,” by Vera Brittain, that gave me the shivers. I felt much sorrow but also a sense of courage and resiliency, and suddenly, the piece was born from it. The creative process is mysterious and I accept that.