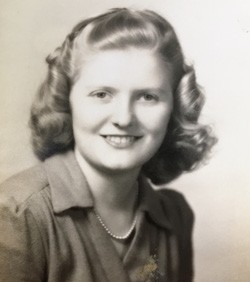 Hilda was born in 1929 in Cold Spring, the daughter of Karlo and Anna Wainio, the former owners of the Garrison Garage. She graduated from Garrison Union Free School in 1942 and was valedictorian of her class at Haldane High School in 1946. She earned a bachelor’s degree in teaching from New York State College for Teachers in Albany in 1950 and a master’s degree from Columbia University. She served as an organist for South Highland United Methodist Church in Garrison.

She is survived by her daughters Susan Cruz (Cito) and Beverly Wooden (Gary), along with eight grandchildren: Kris, Karissa, Karlan, Nathan, Julie, Michelle, Joel and Katrina. Hilda lived during the final year of her life at Goudreaus Waterfront Community in Maine, near her daughter, Susan.

A service was held at Cold Spring Cemetery on Saturday, Oct. 6.