If the three co-founders of the Beacon-based A-Y/dancers had been born 60 or 70 years earlier, they would have had no difficulties finding jobs in modern dance companies. As graduates of the conservatory program at SUNY Purchase, they probably would have easily transitioned into a company led by choreographers such as José Limon, Martha Graham, Merce Cunningham or Paul Taylor.

For 2017 graduates, however, things are much different. Few companies employ full-time dancers, so most graduates string together freelance work. Or they can do what Sienna Blaw, Claire Deane and Erin Landers have done: Start their own company. 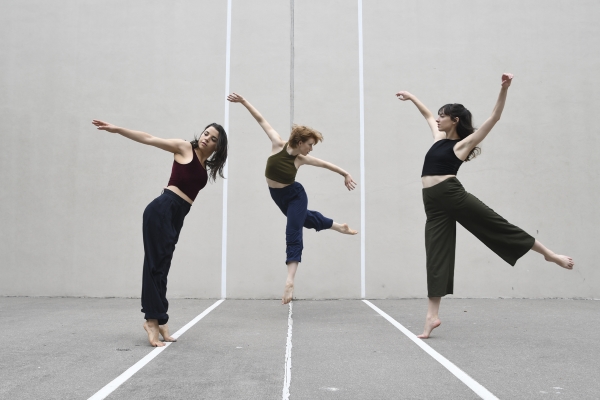 On Saturday, Oct. 13, at 8 p.m. and on Sunday, Oct. 14, at 4 p.m., A-Y/dancers will perform at the Howland Cultural Center in Beacon. The program will include a foundational work by Merce Cunningham that is being presented to mark the 100th anniversary of his birth, a piece from contemporary choreographer Doug Varone (who teaches at SUNY Purchase), and a work from emerging choreographer Hannah Garner.

Craig Wolf, president of the Howland board, said the center is happy to “debut a new modern dance troupe that focuses on the Hudson Valley. This fills in a gap in our offerings and uses the Howland space in a different and creative way.”

Deane (Photo by A. Rooney)

The history of modern dance extends back more than a century, when dancers such as Isadora Duncan chafed at ballet’s rigid rules. They began to dance more freely, borrowing from the ancient Greeks, and elevated expression over technique.

The form made its way to the U.S. during the World War I era and, in the decades that followed, many choreographers formed companies that developed international followings. Today, most of these companies still exist, but many are struggling to stay afloat.

“There was no commercial model” to start a company, says Deane. “Because it seemed like an unattainable dream, that fired us up. When resources are so limited, it weirdly becomes easier to say, ‘I’ll make my own work.’ Then comes figuring out how to do that.”

They are heeding the advice of a choreographer they work with, Deborah Lohse, which she credits to Carol Burnett: Be dumb enough to think you can do anything. “We say it to each other every week!” says Deane.

Deane, who grew up in Westchester County, discovered Beacon when she attended dance performances at Dia. She moved to Beacon after graduation, finding work as a gallery attendant at the museum. She found Beacon appealing as a location for a dance company in part because it wouldn’t have to compete with the many similar ventures in New York City, where her two co-founders live. “Everyone is so interested in bringing dance to where it hasn’t been accessed,” she says. 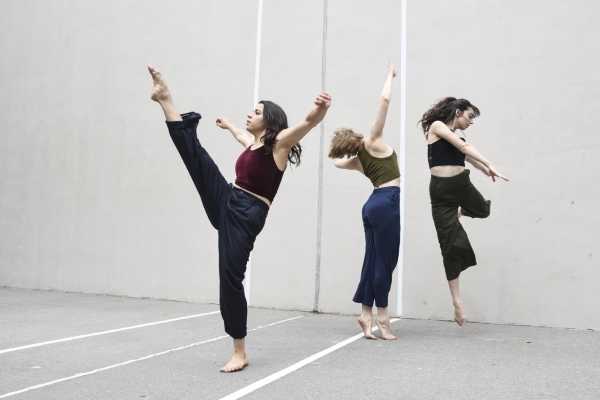 The troupe hopes to mix classics with contemporary. “We want to present programs which show the scope and continuity of modern dance,” Deane says. It also wants to create programs that are accessible. “You don’t need to have a degree in dance history to hook in to these works,” she says. “We’ve had people out strolling on a Sunday afternoon peek in on our open rehearsals and stay to watch.”

Getting the company off the ground has been the expected challenge. “What we’re doing is so different that there is no one to ask for advice,” Deane says. “The licensing, in particular, has been difficult, as has finding rehearsal space and funding.” The troupe received a grant for its Howland performances from the New York State Council of the Arts, which Deane says “feels like a vote of confidence.”

For tickets to the Oct. 13 and 14 performances, which are $12 for adults and $10 for students, see aydancers.brownpapertickets.com. Tickets at the door are $18 and $15. There will be a free dress rehearsal at noon on Friday, Oct. 12.