In 2011, Cynthia Lowen wrote and co-produced a documentary called Bully, which followed five children who were viciously tormented by their peers. It was nominated for an Emmy. 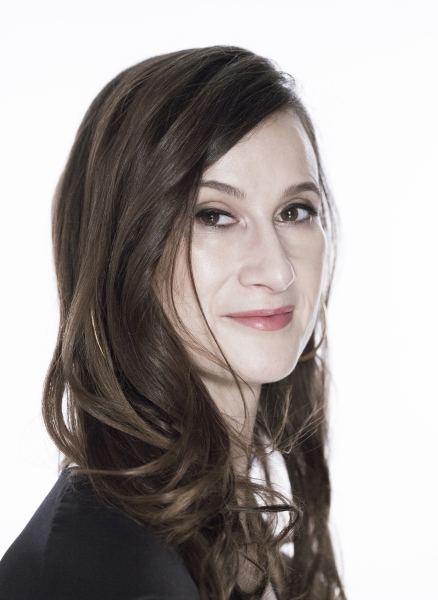 Her follow-up, which she directed, is also about bullies. In Netizens, which will be screened at Beahive in Beacon at 7 p.m. on Sunday, Oct. 28, she follows three women who are harassed online, and documents the devastating consequences. The film will be followed by a Q&A with Lowen.

Lowen says she spent a year filming women who had endured online threats of violence, stalking, nonconsensual pornography and attacks on their reputations. With 180 hours of footage, she decided in the editing room to tell the stories of three women: Anita Sarkeesian, a feminist media critic, blogger and speaker; Carrie Goldberg, a Brooklyn attorney who specializes in cyber assault-related crimes; and Tina Reine, a businesswoman attacked online by an ex-boyfriend.

The director says she was “struck by how they took this experience and let it become a catalyst for personal action.” The women’s stories are interspersed with interviews with representatives from organizations such as the Women’s Media Center and with a former U.S. attorney who investigated cybercrimes.

“The internet today is a battleground, and online harassment is silencing women,” says Lowen. While the web has become an important public space, she observed, the policing of it has lagged. Even with all but seven states having 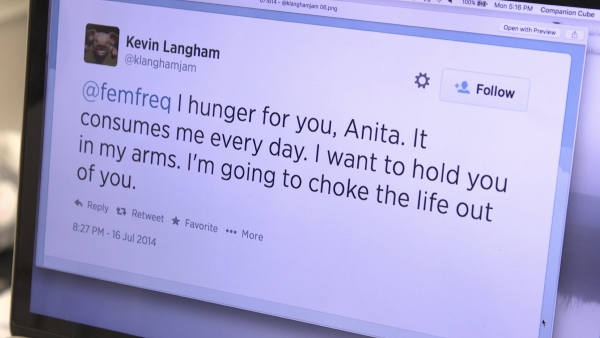 For Sarkeesian, the creator of the web series Feminist Frequency, the harassment takes the form of violent and degrading threats, requiring her, at times, to have armed escorts. The threats are in response largely to her critique of how women are represented in video games, particularly Tropes Versus Women, a YouTube series examining gender stereotypes in gaming, which is dominated by men.

“You become de-sensitized to abuse” and the “cesspools of hate,” Sarkeesian says in the film. “It takes away your humanity. You have to be hyper-vigilant; you can’t exist like everyone else.” 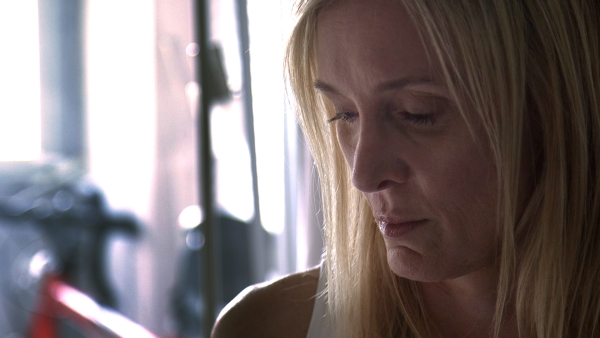 Reine’s story unfolds more slowly in the film, and is perhaps the most devastating. A Florida businesswoman, she sees her career come to a dead halt when an ex-boyfriend creates hundreds of websites that disparaged her.

“Gossip used to be contained within a town,” Reine tells Lowen. “Now it’s a global village and it stays there forever. It changes the entire course of your life in practically seconds.”

There’s no singular definition of digital abuse. But there are four common strategies of harassment, says Danielle Keats Citron, author of Hate Crimes in Cyberspace, in the film.

“First, [victims] are terrorized, with their home address and other private things posted,” she says. “Then the abusers hijack their online reputation, manipulating search engines. Then they expose and humiliate. Finally, they use technology to shove their victims offline.”

On Sunday, Nov. 18, the Beacon Film Society will present A Bread Factory, which examines Time & Space Limited in Hudson, New York, and its co-directors, Linda Mussmann and Claudia Bruce. It will be shown in two parts, at 1:30 and 3:45 p.m., to be followed at 5:45 p.m. by a Q&A with its writer, director and producer Patrick Wang and Mussmann. Admission is $10 for one film, or $15 for both.

On Wednesday, Dec. 5, at 7 p.m., the society will screen Sacred, a film by Academy Award-winner Thomas Lennon that was shot by more than 40 filmmaking teams around the world to immerse viewers in the daily practice of faith. A Q&A with executive producer Bill Baker will follow.

Yet because “only their reputations are destroyed,” the harassment is not considered a crime as serious as other types of assault, she says.

In one telling scene, after hearing Reine speak of what happened to her, a young man says to her: “I’m a guy, and yes, it’s hurtful, but doesn’t it depend on how much weight you give it?” Reine can offer only a slightly apologetic response.

Lowen says the cavalier attitude toward cyber assault is less prevalent among young people because “they don’t have the ‘internet isn’t real’ issue. They get it.”

Beahive is located at 291 Main St. Tickets are $10. See beahivebzzz.com.