Many Americans believe that the only way to eat well is to follow a set of rules.

Those rules may relate to the types of food, portion size, what time of day to eat, etc., but the guilt over not following them fuels multiple industries. 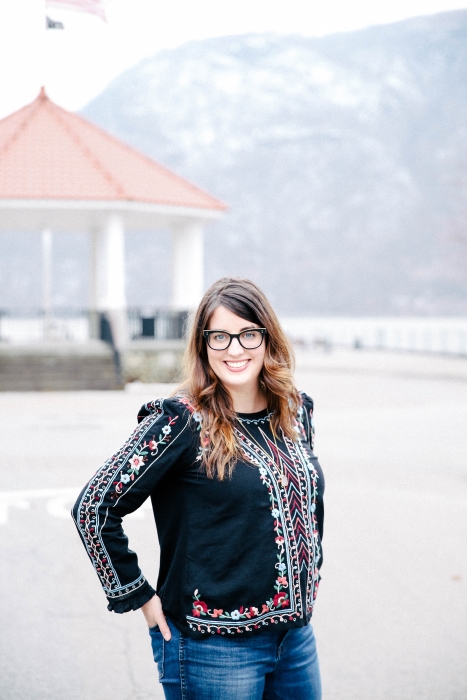 That’s one takeaway from the research that Cold Spring resident Virginia Sole-Smith conducted for her new book, The Eating Instinct: Food Culture, Body Image and Guilt in America. She will speak on the topic and sign copies at Split Rock Books in Cold Spring at 7 p.m. on Saturday, Nov. 10.

A longtime magazine writer for titles such as Seventeen, Organic Style and Parenting (where she is a contributing editor), Sole-Smith says she began thinking about how women, in particular, consume food in part because of the many stories she was assigned about the latest diets.

“The pressure to be thin transfers to general anxieties,” says Sole-Smith, who also co-hosts the Comfort Food Podcast. “Women think, ‘Something’s wrong with me because I’m hungry for lunch at 10 a.m.’ Our custom has made this need to apologize.”

In reality, she says, “most diet plans have the same failure rate. Weight Watchers has an 85 percent failure and return-in-five-years rate. We’ve lost the ability to trust ourselves in knowing when we’re hungry and when we’re full.”

The alternative food movement of the past 20 years also has created guilt about noncompliance, she says. “I hold people like Michael Pollan [author of The Omnivore’s Dilemma] responsible,” says Sole-Smith.

In her book, she writes: “As we’ve become more aware of ethical farming practices, toxic-chemical exposures and our carbon footprint, upper middle-class consumers have become more willing to pay a premium for organic, fair trade and locally sourced food, especially for our kids. And the food industry has been delighted to market to these demands.” 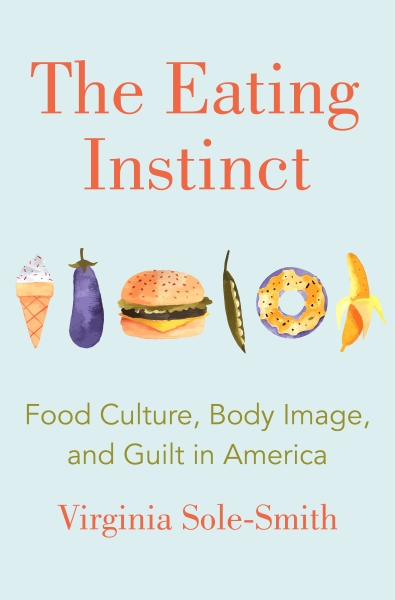 She says the “diet culture” particularly targets parents. “It’s viewed as bad parenting if you have a picky-eater child,” she says. “I feel for parents who set up rigid rules. It’s more and more difficult to feed kids and also feel like you’re making the right choices. It’s not normal for a 2-year-old to love kale! Parents need to be more relaxed about it. No one comes to like broccoli because they were given five pieces of it at dinner.”

In The Eating Instinct, Sole-Smith devotes several chapters to extreme eating behaviors such as avoidant-restrictive food disorder, in which people have an apparent lack of interest in eating. She also takes a look at people who have had gastric bypass surgery and “food-insecure” households, many of which are black.

“In my interviews with half a dozen black women living in or close to poverty, I found that they were just as versed in this particular [organic] gospel, even if they weren’t able to make the same purchases,” Sole-Smith writes. “The question is whether absorbing the alternative-food movement’s brand of clean, whole eating has actually helped or introduced them to a new set of unattainable standards, driven by diet culture, now wearing organic farmer’s overalls.”

Sole-Smith says she isn’t anti-diet or anti-organic. Instead, “it’s important that we all behave more transparently about how we struggle,” she says. “Diets sometimes give a little structure, which can be helpful. But we must remain vigilant. If you can make changes, don’t frame it as punitive. People should give themselves credit for things other than what space they take up in the world.”