There’s been a change in direction in the Children’s Room at the Desmond-Fish Library in Garrison, both actual and in approach.

For the actual, large bins filled with picture books now greet children at eye level, which is designed to be easy to flip through and encourage young readers to choose their own reading material instead of relying on mom or dad.

And for the approach, on Oct. 20, near those bins, librarian Lucille Merry and library director Jen McCreery hosted a Children’s Lit Talk, inviting participants to share their favorite books and what they’d like to see more of in the children’s room. 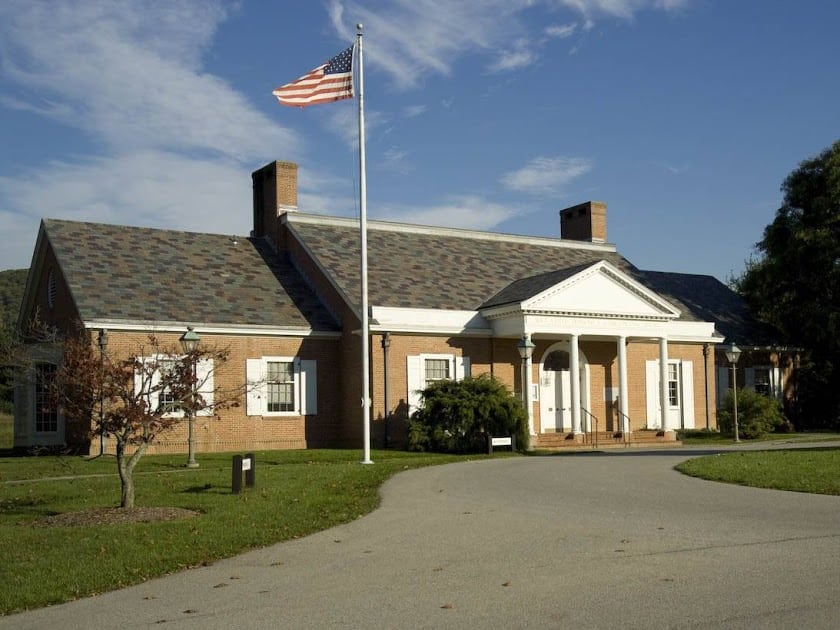 A group that included parents, educators and library trustees listened as Merry explained that the children’s room has been part of the library since it opened in 1980. She said librarians try to keep the book selection “broad and diverse” and that they “weed” it every three to five years to remove books that aren’t read much or that have been read so much that they need to be replaced. She said that if there are consistently more than four people on a waiting list for a book, they will order a second copy.

“We’re interested in recommendations, always,” she said, adding that “we don’t censor — that’s your job as parents.” McCreery agreed. “We try to show all perspectives. We encourage parents to read books before they read [them] to their child,” she said.

The lack of censoring applies to books in the collection written decades ago that have elements which today are considered racist and/or politically incorrect. McCreery cited The Cricket in Times Square, a 1961 Newbery Honor winner. “It has this awful [written] Chinese accent for one of the characters, but my parents never read it with that accent,” she said. “And then there’s Curious George, settling in with a big pipe…”

Anita Prentice, the president of the library’s board, offered that “as an older person here today, my perspective has changed through the decades. You can and should add your own commentary when reading to a child, like ‘Oh, do you think he should be doing that?’ ”

“That constant interaction is reinforcing an important lesson,” Merry said.

In choosing books to add to the collection, the librarians use suggestions from periodicals such as the School Library Journal, The New York Times books section, the Caldecott and other children’s book awards, and Tumblebook Library, a curated database of children’s e-books.

The budget for the children’s room is about $5,000 annually, which pays for about 400 books. This year the library received a $2,000 gift earmarked for new copies of popular books, and directed donations, such as one from board member Frank Lucente, have been used to purchase flooring, armchairs and other amenities.

Check Out These Books

Jen McCreery asked participants to share the titles of their favorite childhood book, or of a book they read to their children: 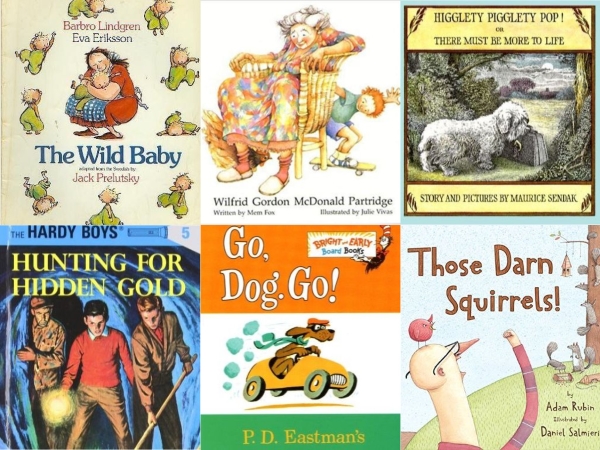 Stacy Labriola: “My favorite books for 2- to 3-year-olds are Go Dog. Go! [by P.D. Eastman] and A Fish Out of Water [by Helen Palmer and Eastman].”

Jen McCreery: “The Wild Baby, by Barbro Lindgren and Eva Eriksson, and, for older kids, Higglety, Pigglety Pop! or There Must Be More to Life, by Maurice Sendak.”

Frank Lucente: “When I was born, we didn’t have books! They came in when I was in the third grade! No, actually The Hardy Boys series was my favorite.”

Eric Arnold, who attended the discussion with his wife, Carly, and their two sons, said the Desmond-Fish “has made a world of difference to us. It has been an open door to other categories of books, and to new authors, like Chris Van Dusen. My son has Those Darn Squirrels! memorized. He doesn’t actually read it, but he’s on the path.”

Arnold, speaking of his older son, said that “if he really, really loves a book, we buy it, but that’s not an option for everyone. We’d like to see not necessarily multiple copies, but a way for the community to get recommendations to you. We’d love to see a local, real-time, list and online information like, ‘If your child enjoyed this book, he or she could move on to… .’ ” McCreery noted the American Library Association sorts its lists by age group.

Stacy Labriola, who runs the Stacy’s House preschool in Garrison, spoke about how much her school uses the library. “We have themes and we tie in books as much as possible,” she said.

McCreery said the library also plans to add a display unit that will hold books currently perched above the higher shelves to make them more accessible. “We’re working to make it easier for people to know what’s on our shelves — the forward-facing bins have helped.”