Study: 90 percent of the U.S. could feed itself

In a paper published in 2015, a researcher from the University of California at Merced, Elliott Campbell, concluded that most areas of the country can feed between 80 percent and 100 percent of their populations with food grown or raised within 50 miles. However, the most heavily populated areas of the West and East Coasts, including New York, can feed less than 20 percent of their populations that way.

One question facing policy makers is whether local food systems could scale beyond farmers markets and replace conventional food systems if the latter failed due to climate change. Based on Campbell’s analysis, which took into account diets, food waste, crop yields and population distribution, as much as 90 percent of the U.S. could be fed by local sources. Unfortunately, the Highlands is located in the other 10 percent. 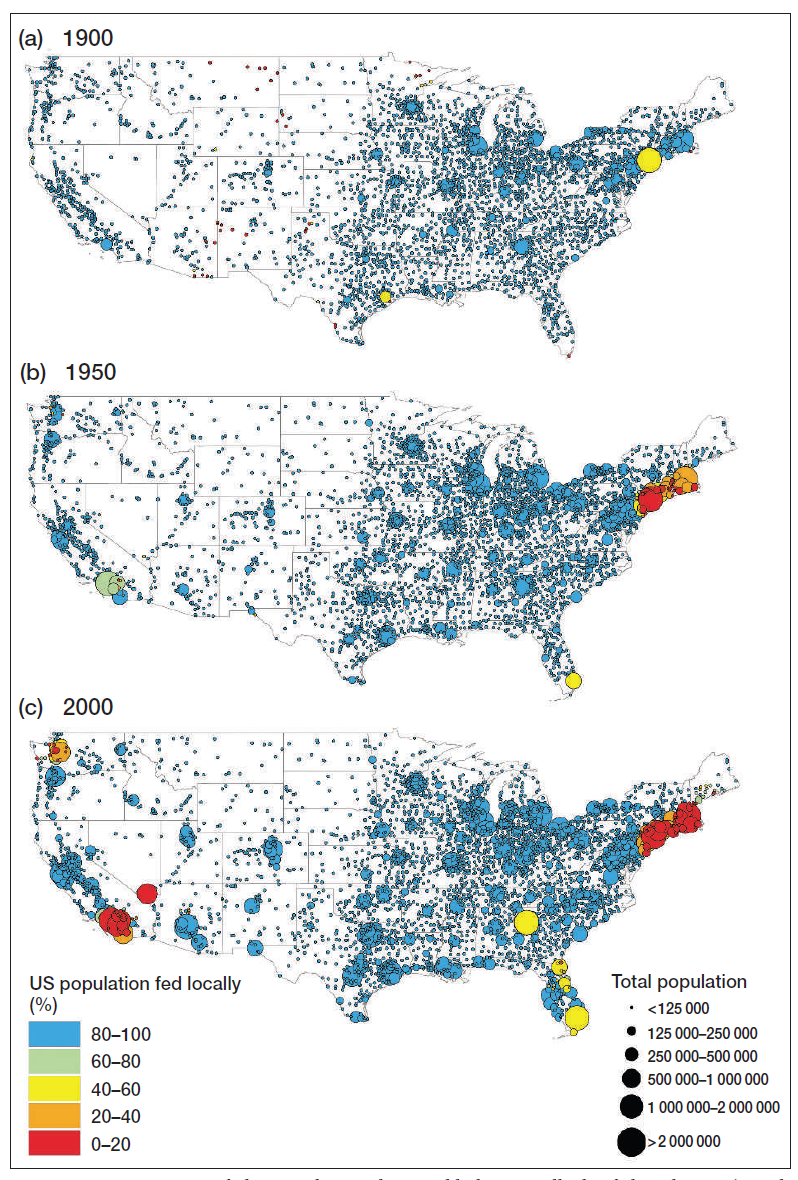