In 2015 Kari Adelaide mounted a group show in Brooklyn called Lesser Deities of Summer. When Paola Oxoa and Kirsten Deirup asked this year if she would curate a show at their Mother Gallery in Beacon, Adelaide’s thoughts turned to … winter.

Wind-Scoured Scribes, which runs through Feb. 2, was inspired by a Gaelic god named Cailleach Bheur, the hag of winter and patroness of wild deer who is found in myths from Ireland, Scotland and the Isle of Man. 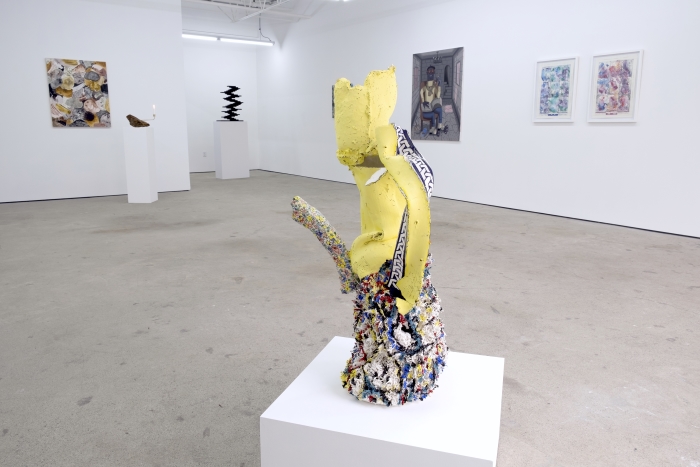 Adelaide sent parts of the story to nine artists with an invitation to create a work or works for the show. Among the responses were pan-gendered winged beings from Hannah Barrett; Vishnu, the Hindu goddess who calmed the storm, from Jesse Bransford; and Pythia, an oracle, from Laurel Sparks. Many of the artists combined mystery and storytelling; some works are based on Gaelic mythic figures who controlled the seasons, while others came up with other and/or new deities. 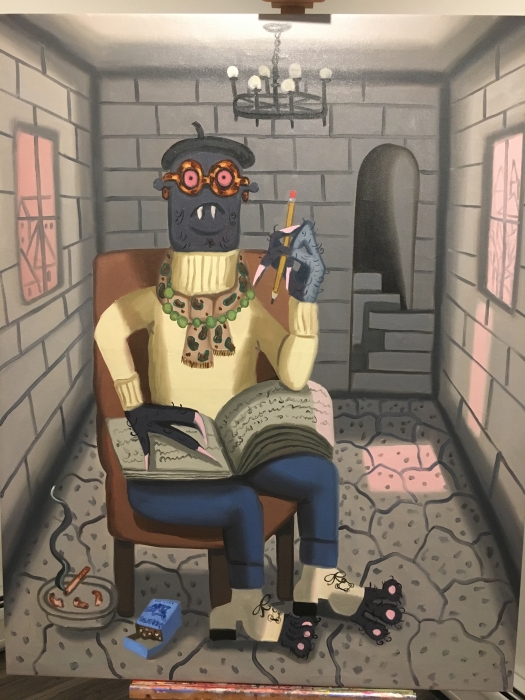 That pleased Adelaide, who noted that “a lot of my curating favors natural and fantastical elements. So much lore has been lost. Most Western literature and art tends to think of fairies and elves as diminutive, but if you look at the Gaelic and Icelandic concepts of them, so much is different. They had so much power, not bound to time, but to seasons. There was so much listening to the land and the enchantment of the natural world.”

For her Mother Gallery show, Kari Adelaide asked nine artists to respond to this text:

The scribe aimed to explore the imprint of wind, and named the early dark falling as storm formation. After arriving in body as a blue hag of winter, some trees remained with calm limbs even though their branches were scoured. Others bent fully to the ground without falling, but none bowed to the hag before touching the earth. The hag imagined the white-dreaming weight of ice before she hit the frozen ground with her staff. In the midst of the storm, we see the wind-scoured scribe standing in the night sky and imagine the early snow falling.

The most rewarding part of being a curator, Adelaide says, is when the artwork arrives and it’s time to figure out how to display it. In some cases, such as this show, she wasn’t sure what to expect. “Each piece has its own energy, history and process,” she says. “The work together provokes interpretation. It’s about how they all interact, and how they stand on their own.” 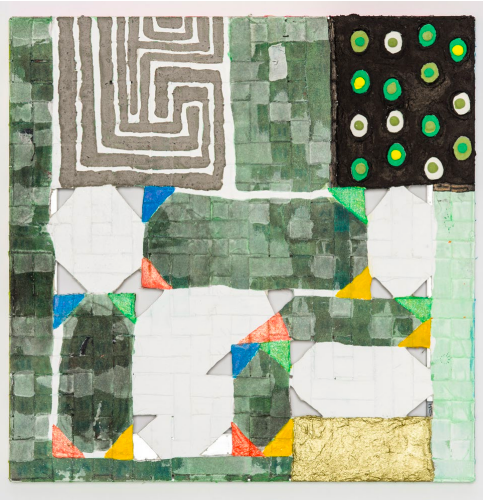 There was excitement, Adelaide says, from some of the New York City-based artists at the size of Mother Gallery, compared to the diminutive spaces where their art usually hangs in Manhattan and Brooklyn. “Many of them could wind up in Beacon someday themselves,” she predicts. In fact, she met Oxoa at the wedding of a friend in Brooklyn who now lives in Beacon.