After 4-1 start, hoping to finish at top of league

The Beacon High School boys’ swim team picked up a 98-69 victory over Eastchester on Dec. 20 in a home meet, bringing its conference record to 4-1.

Coach Larry Collins said the Bulldogs hope to finish in the top three or four in their league, which has 11 teams, including Peekskill, Poughkeepsie, Yonkers and Lourdes. 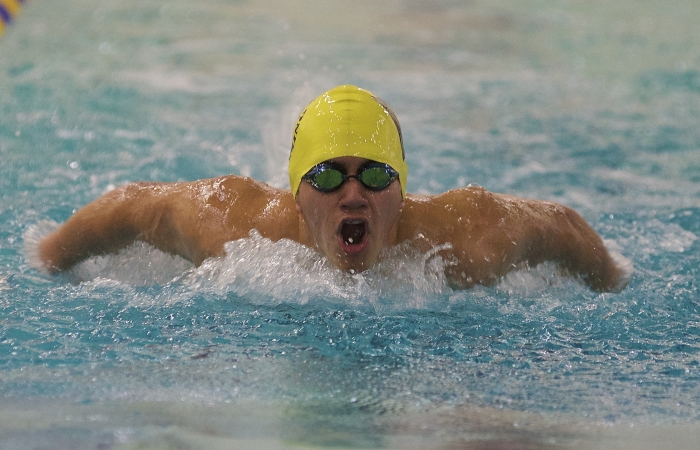 Swimming in Section 1, which has three divisions and includes schools in Putnam, Dutchess, Westchester and Rockland counties, is highly competitive. Only two Beacon swimmers have Top 40 times: junior David Paschal in the 500-yard freestyle (at No. 37) and sophomore David Reilly in the 100-yard breaststroke (at No. 39).

Against Eastchester, Paschal won the 200-yard freestyle (2:04.78) and 500-yard freestyle (5:42.69, his section-best time), with both times being personal bests. “He’s been dropping his times at almost every meet,” said Collins. 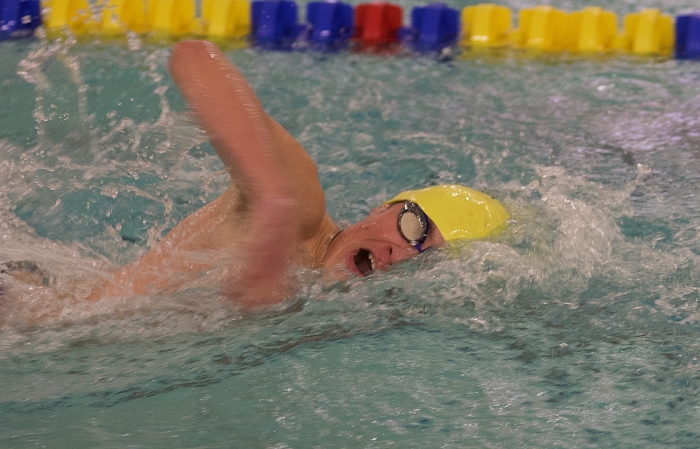 Sophomore James Patino won the 200-yard individual medley (one lap each of butterfly, backstroke, breaststroke and freestyle) in 2:20.78, was second in the 100-yard freestyle, and was part of the winning 200-yard medley and 200-yard freestyle relay teams.

“James has been doing great,” Collins said. “He needs a little more conditioning, but he’s been swimming well.” 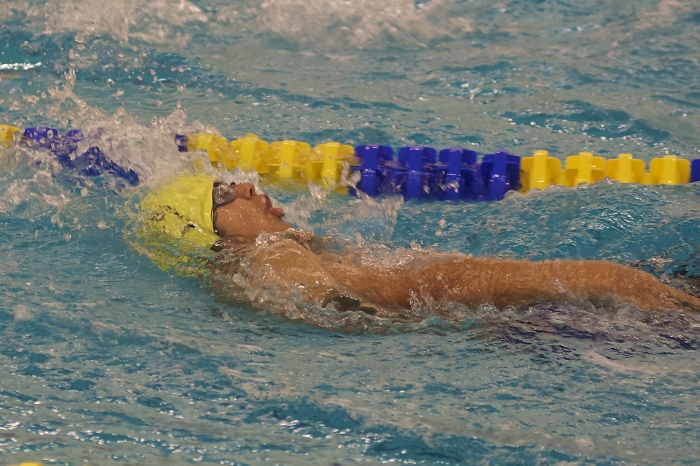 The Bulldog captains are seniors Esteban Carmona and Kent Patino, who are both in their sixth year with the varsity. “We’re looking for great leadership from them,” Collins said. “They both should have a nice senior season.”

They are among three seniors on the 18-member team (the other is Lucas O’Blaney), which also includes three juniors, four sophomores, four freshmen and four seventh-graders.