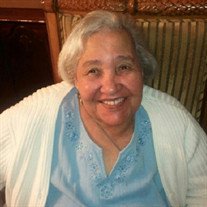 Ana is survived by her children, Maripily Sanchez (Johnny), Luis Reynaldo Martinez, Wascar Martinez, Javier Martinez, Jose Alberto and Anamarie Forchue; as well as numerous grandchildren and great-grandchildren. She was the last surviving of nine siblings.

A Mass of Christian Burial will be held Jan. 12 at St. John the Evangelist Church, 35 Willow St., in Beacon, with burial following at St. Joachim Cemetery. 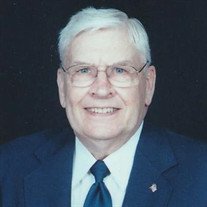 Frederick was a member of New York State Police, serving for 20 years in Troop K as a trooper and as investigator until his retirement. He then worked for a school bus company, George M. Carroll Inc., in Newburgh as vice president and general manager until 1997, when he retired.

He was a U.S. Marine and a member of the Tri-State Chapter of Retired Troopers and NYSP PBA.

Fred enjoyed dining out and eating in when his wife cooked his favorite meals. He always had a dog by his side and was jokingly called the “dog whisperer.” His most recent K-9 companion was Guinness. Fred was an avid Mets and Giants fan.

Besides his wife of 57 years, he is survived by his sister, Virginia Siless of Poughkeepsie; his sons, Jeffrey Haight (Ericalee) of Mohegan Lake, Ronald Haight (Marianne) of Wallkill and Eric Haight of Fishkill; his daughter, Stacey Haight (fiancé Scott) of Hopewell Junction; and his grandchildren: Amanda, Hudson, Victoria, Christopher, Michael and Miranda.

A Mass of Christian Burial was held Jan. 11 at St. Joachim Church in Beacon. Memorial donations may be made to the NYS Troopers PBA Signal 30 Benefit Fund (signal30.org).

Born Aug. 8, 1931 in Newark, she was the daughter of James and Lillian (McGrath) Hopper. Mary graduated from the Bellevue School of Nursing before earning a master’s degree at the Columbia University School of Nursing. She was employed at Bellevue Hospital and at research projects at Cornell Hospital.

She was a parishioner at the Church of St. Joachim–St. John the Evangelist in Beacon and a reliable and steadfast caregiver for her parents in the later years of life. She was an avid reader and loved sharing her latest book. Mary loved to be kept busy doing gardening, exercising, traveling or having a good conversation.

She is survived by two brothers, James Hopper of The Villages, Florida, and John Hopper (Kathy) of Fishkill, and three sisters, Elizabeth Hopper of Beacon, Patricia Burke (David) of Beacon and Anne Champlin (Ray) of Nelsonville. She is also survived by a sister-in-law, Barbara Hopper of Beacon.

Family and friends will gather for calling hours on Monday, Jan. 14 from 4 to 8 p.m. at Riverview Funeral Home by Halvey, 2 Beekman St., in Beacon. A Mass of Christian Burial will be offered on Jan. 15 at 10 a.m. at St. John the Evangelist Church, 35 Willow St., in Beacon, with burial following at St. Joachim Cemetery. Following the burial, family and friends are invited to a celebration of life at the Southern Dutchess County Club, 1209 North Ave., in Beacon.

Memorial donations may be made to the Church of St. Joachim–St. John the Evangelist, 2 Oak St., Beacon, NY 12508.

She was born on March 23, 1927, in Wilkes Barre, Pennsylvania, to Gordon and Anita MacKellar. Jean and her two brothers spent their childhoods in Kingston, Pennsylvania, and graduated from high school there. She loved literature and music from a young age and was a talented pianist and enthusiastic vocalist.

Jean attended the Cornell University School of Nursing and was one of the first women in the Civil Air Defense. She was also a member of Sigma Theta Tau.

While attending Cornell, in 1944 she met a Navy man and engineer, Carl Mortensen. They married on Oct. 8, 1949, and spent 61 years together, first in Glenham and then in Beacon, until his death in 2010. They shared countless hobbies and interests, from music and volunteer work to square dancing.

Jean entered medicine as a public health nurse for New York City. She discovered her passion for the operating room, where she comforted countless frightened patients and mentored new nurses and technologists for 45 years. She participated for 30 years in the Harvard Medical School and Brigham and Women’s Hospital Nurse’s Health Studies, resulting in the publication of Healthy Women, Healthy Lives. She attended the Fishkill Methodist Church.

She never stopped educating herself in medicine, subscribing to countless scholarly journals, and was a life member, volunteer EMT and financial secretary for the Beacon Volunteer Ambulance Corps. Her work inspired a daughter-in-law and two granddaughters to pursue medicine.