Beacon High School’s wrestlers admittedly weren’t in top form on Wednesday (Jan. 23) but still picked up a 45–33 victory at Yorktown.

“We came out a little flat,” explained Coach Ron Tompkins, but by the 152-pound match, “we started rolling. Our heavyweights have been pretty consistent.” 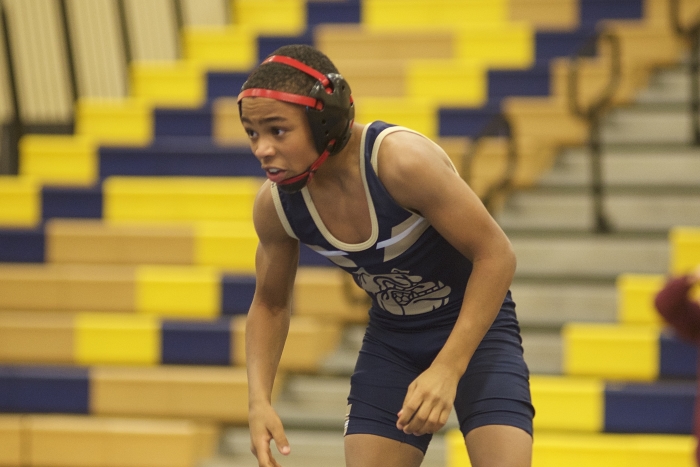 Dirani Haynes, who will wrestle next year for Sullivan Community College, picked up a win by pin at 182 pounds, lifting his record to 18-5, and Chris Barry earned a win by forfeit at 195. Damani Bellamy had a pin at 220 pounds.

“Crawford has been very consistent,” Tompkins said. “Sovik and Dortch both wrestle up, giving up weight, but they find ways to win.”

In the Beacon Bulldogs annual tournament, held at the high school on Jan. 18 and 19 with wrestlers from 16 teams, seven of 14 Beacon wrestlers reached the semi-finals in their weight class, and Crawford finished second at 99 pounds and Haynes second at 182 pounds. Beacon finished eighth as a team.

The Bulldogs are scheduled to visit Walter Panas High School today (Jan. 25) to take on Lakeland/Panas and travel on Saturday to Washingtonville for a tournament.