Kathy Curto wanted to write a memoir of her growing up in New Jersey but had a concern: how would her three older siblings react?

So the Cold Spring resident sent them each the manuscript for Not for Nothing: Glimpses into a Jersey Girlhood.

“I asked them to read it so that we could all talk about it,” she says. “I made choices in how I would present scenes from what I remember of my family life. The word agonized is not too melodramatic in terms of my consideration of how family members would feel.”

Her siblings were OK with her manuscript. Bordighera Press, a publisher of books on Italian and Italian-American culture, also liked it and agreed to publish the book, which Curto will read from at 7 p.m. on Friday, Feb. 1, at Split Rock Books in Cold Spring. 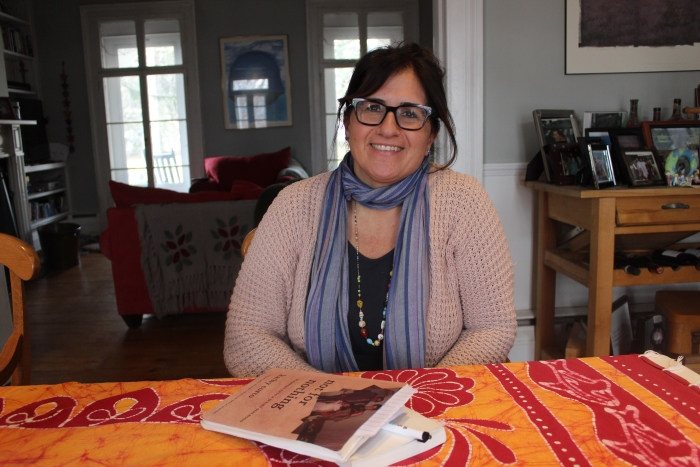 Kathy Curto (Photo by A. Rooney)

Curto’s memoir contains about 50 stories from her Italian-American upbringing. They evoke a childhood full of ripe, nostalgic sensory memories but also the inevitable painful underpinnings of family life. Nothing is sugar-coated, including the difficult together-apart-together relationship of her late parents.

“The stories are scene-driven,” she says. “The textures were there: dancing on top of a counter, my mother’s handkerchief, an awareness of the affection between my father and my mother at that moment.”

Curto focused on sociology and creative writing while attending Sarah Lawrence College, and went on to become a social worker. But after her children had grown (the youngest is a senior at Haldane), she returned to the Bronxville campus to take a course at the school’s writing institute. 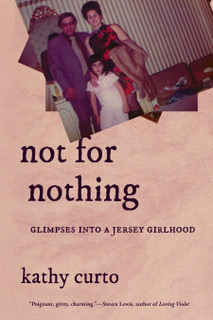 During one class, the teacher gave the students a prompt, which was to describe their earliest memory. “Something immediately came to mind,” Curto says. “It was music- and gas station-related and very sensual. ‘Raindrops Keep Falling On My Head’ was playing, there was humidity, sweat — particularly my father’s sweat and dancing. I was so ready to be writing. Now it’s the second chapter of the book. I had no idea at that point that I was starting anything but a classroom exercise.”

She kept writing and received a fellowship that “catapulted the process. It allowed me to continue writing these glimpses, focusing on memories. These glimpses became my thesis when I obtained an MFA in creative writing so that I could teach at a college level.”

It was not until she had been working for a couple of years on what would become Not for Nothing that Curto started calling it a manuscript. “The whole ‘calling it a book’ was a hard thing for me,” she recalls. “I have a memory of being in the Ocean City Library, soon after my family moved [to Toms River, New Jersey], feeling dislocated. I was always all about the summer reading, and now I was in a new location. The bookshelves felt magnificent to me, and those people who wrote the books on the shelves seemed so far away from my world. Since then, I’ve been surrounded by books, teachers and authors.”

After toiling for a long while, Curto took a semester off from Montclair State University, where she teaches creative writing, to finish the book.

“I was just beginning to feel that indescribable feeling that I was never going to be finished, but that it was time for a close,” she says. She says it still feels surreal that her work is in a book. “With my creative writing students, at the end of the semester, I tell them to print everything they wrote for the class and hold it in their hands,” she says. “How heavy is it? That’s your body of work. This is mine.”