Mark Bittman, who lives at Glynwood farm in Philipstown, spent more than 20 years writing about food for The New York Times. His latest cookbook, Dinner for Everyone, will be published on Feb. 12. 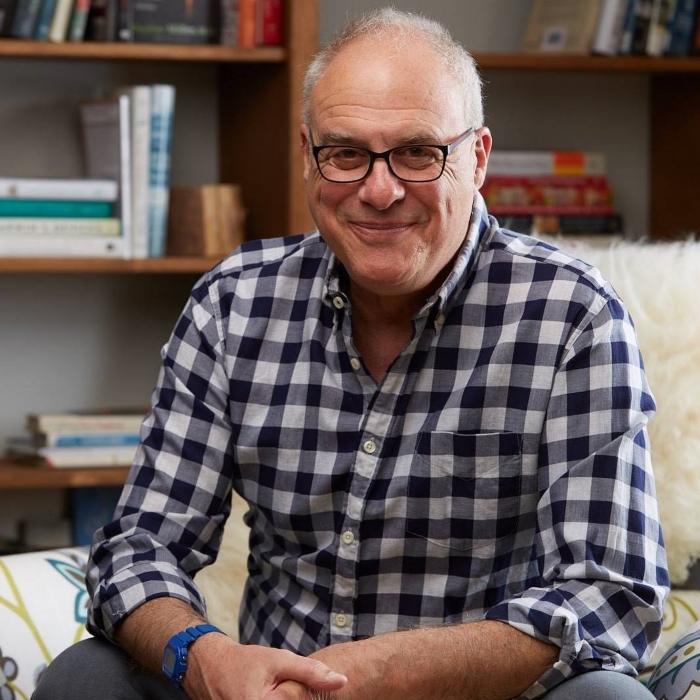 The cookbook presents 100 recipes three different ways: Simple, Vegan and Perfect for Company. Why did you organize it that way?

I did a book 20 years ago with chef Jean-Georges Vongerichten called Simple to Spectacular. We had the idea of a dumbed-down book of recipes based on my level of cooking skills that then got amped up three to five levels into something for someone with a sublime level of cooking skills. Perfect for Company is included because people love it when you cook for them, and it gives you a good feeling to do it. It’s nice to do something fancy once in a while for others.

What else are you working on?

I started an email newsletter. We’re up to 75,000 subscribers, which is not terrible. And I’m creating a podcast. We’ve already taped with Ted Danson, chef Carla Hall, a guy named Ethan Brown who runs Beyond Meat … I’m sure he wouldn’t call it a “fake meat company,” but that’s what I call it. And then we’re going to get Moby for the pilot. It’s easier to get people into the studio than I thought it would be, but it’s a question of editing and producing and getting funding. So it’s going to take a little while longer. And there’s also a website with my name on it that’s going to launch soon, and a self-publishing venture.

You wrote about food for the Times’ op-ed pages but have not been replaced. Does that surprise you?

It doesn’t surprise me. It does disappoint me. When I was at the opinion pages, my boss and my boss’s boss all took me and the subject perfectly seriously. I was never treated better in my life. But the paper has never taken food as seriously as it should. Eventually I’ll be writing opinion pieces about food again but not for them. Although who knows? Stranger things have happened.

Is there a Hudson Valley cuisine?

If there is, it isn’t represented in restaurants, that’s for sure. One of the unfortunate things about the area is that there are not a lot of people taking advantage of local ingredients. From May to November, it’s not that challenging, and even in the winter there’s a lot of good stuff around. So I would say, the Hudson Valley cuisine is what people cook using local ingredients. We do that, and many other people do that. It’s just not highly visible.

HOW WE REPORT
The Current is a member of The Trust Project, a consortium of news outlets that has adopted standards to allow readers to more easily assess the credibility of their journalism. Our best practices, including our verification and correction policies, can be accessed here. Have a comment? A news tip? Spot an error? Email [email protected].org.