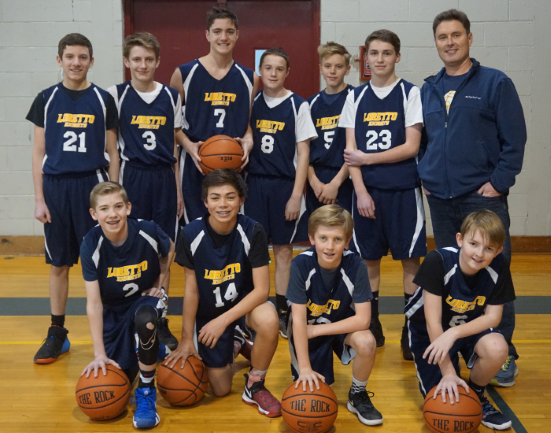 Kisslinger began coaching when his son Kyle, now a senior at Haldane, was in the third grade.

“When my son John entered third grade, I dropped down to coach his team and Jay Siegel took over the older boys,” he says. “I had some fabulous people help me over the years: Kurt Martin, Ian Thom, Ryan Koval, Chuck Twoguns and my father, John Kisslinger.”

With his current players, he recalls that in their first game in the third grade, the Knights forced overtime against St. Joseph’s of Croton Falls with a 25-foot bank shot at the buzzer and won in the extra frame. In another game a few seasons later, a Knights player stole an inbound pass and scored a layup at the horn to defeat St. James of Carmel. 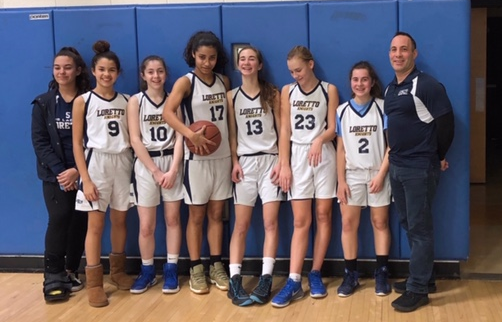 As with many CYO teams, the games were a family affair. Kisslinger’s wife, Melissa, did the scorebook and Kyle ran the clock at his younger brother’s games.

Pezzullo coached a Loretto boys’ team for seven seasons, from third to ninth grade, with his two sons, who are now both in high school at Haldane. He organized the girls’ team when his daughter, Moretta, an eighth-grader who plays on the Haldane junior varsity, was in the third grade. “Mike Santos coached the first year, and I was the assistant,” he recalls. “I took over the next year and have had major help from Darrin Santos and Carol O’Reilly.” His wife, Alanna, did the scorebook.

Pezzullo says one highlight during his years coaching was when the boys’ team in the sixth grade advanced to the Westchester/Putnam CYO title game, where it fell four points shy of winning Loretto’s first championship banner.