You never know what you’ll find at Archipelago

As the owner of one of Cold Spring’s longstanding Main Street businesses, Archipelago at Home, Timothy Chevtaikin identified his customer base early. 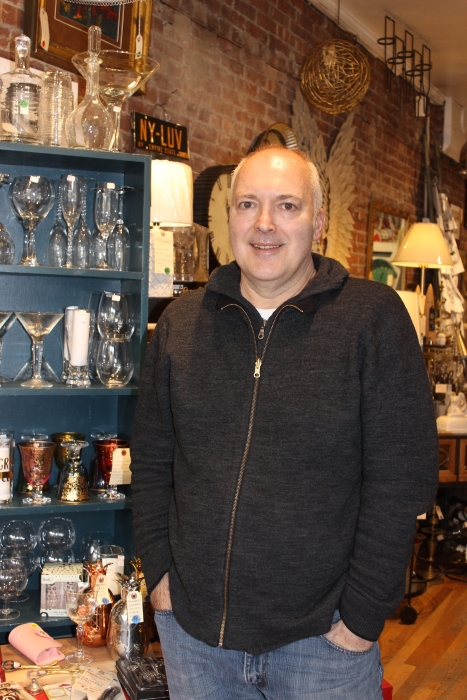 Timothy Chevtaikin (Photos by A. Rooney)

“They want things that you don’t see anywhere else,” explains Chevtaikin, who opened the store in 1998, “especially now, when they can look everything up so easily online, and when so many products are copied.”

That’s one reason he doesn’t allow anyone to take photos inside the store beyond the occasional snooping reporter.

To fill his stock with what he calls “vintage pieces with a wow factor,” Chevtaikin scours auctions and estate sales and attends the New York Gift Show and others farther afield — he just returned from Las Vegas. He also has longstanding relationships with a number of artisans.

“Eighty percent of what’s here is unique to Archipelago,” he says of his many antiques, including best-sellers such as mirrors, lamps, clocks and tables. He also stocks tableware, crystal and smaller items such as door hooks.

He strives to make the other 20 percent at least unique to Cold Spring. “Being in a small community, with lots of stores, you have to be careful not to step on toes and carry what someone else has,” Chevtaikin says.

Some of his mainstays are Soap Rocks; Sid Dickens Tiles, which are signed collectibles released in limited editions twice a year by a Vancouver artist; and Billy Joe Kitchen Strainers. He also has local lines such as ceramics by Suzanne Robertson of Cold Spring Pottery.

Like most shop owners on Main Street, Chevtaikin sees a mix of tourists and locals, each with their constraints — the tourists, particularly Europeans and those who arrive in the fall on the Seastreak cruise ship, can’t carry larger objects home, while locals work during the week and say they can’t find parking on weekends. 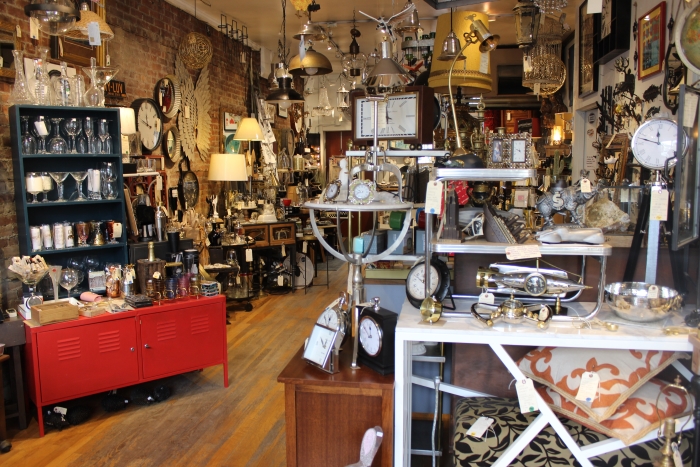 Everywhere you look there is something to look at, at Archipelago. (Photo by A. Rooney)

Even after 20 years, what to buy for the store is still trial and error, “but eventually everything sells, and I hardly get any returns,” he says. He has found social media useful to promote his latest finds (see instagram.com). “It works well with people who come in just once or twice a year, because they frequently spot something online and call and ask about it,” he says. “Even if they can’t come for a month to pick it up, we work it out.”

Chevtaikin began his career as a makeup artist but says he has been a collector since he was a teenager and always wanted to own a store. When he decided to pursue that dream, he searched along the Hudson for a suitable location. 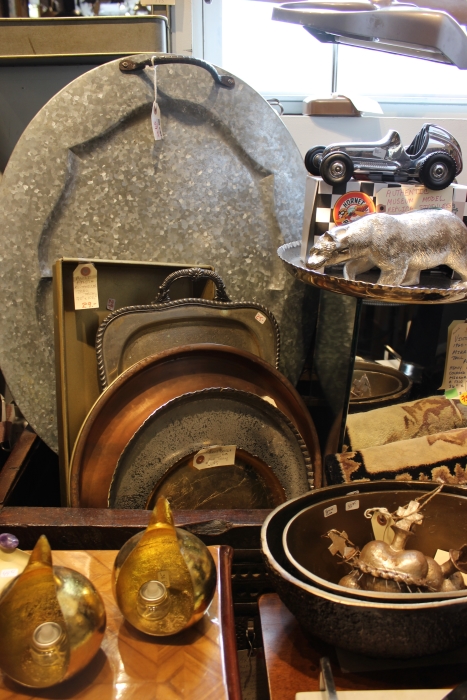 I Spy: a motorcar, a silver bear, platters everywhere. A corner of Archipelago. (Photo by A. Rooney)

“I wanted a place where people could get to it from Grand Central without a car and walk around,” he says. “In Cold Spring, the train stops right in the village. I thought, If I’m going to move here, aren’t other people thinking the same thing? If they’re living in apartments, they’ll be moving into a house, and they’ll need to fill that house with new things.”

He opened the store in the space that now houses Blue Olive and moved to his current location next to The Country Goose two years later.

“I just dove into it,” he recalls. “I had very little inventory at first. I had to think about what to buy. What do people want?”

He settled on the name Archipelago because “it evoked a world travel feeling,” he recalls. The pronunciation often stumps customers but Chevtaikin says he tells people, “There’s no right or wrong.”