Membership is open to all active or reserve Marines as well as honorably discharged Marines, U.S. Navy Corpsmen and Fleet Marine Force chaplains. The league supports Marines and their families, assist in veterans programs and supports the annual Marine Corps Reserves Toys for Tots program.

The detachment meets the third Thursday of each month at 7 p.m. at the Veterans Memorial Building. For information, call or text Dennis Gallagher at 845-223-5357. 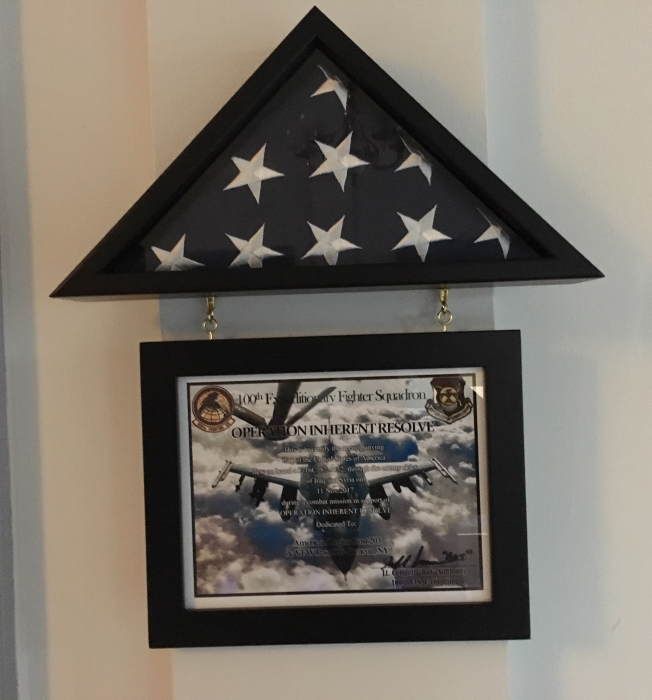 The flag and certificate

On Feb. 13, Sgt. Andrew Dewey of the Beacon Police Department presented a U.S. flag and certificate to the Veterans of Foreign Wars Post 666 and American Legion Post 203 for its support of officers during a tentative lay-off in 2013.

Dewey, who is a member of the New York Air National Guard, was deployed as a first sergeant with a Security Forces Squadron in Kuwait during 2017. The flag was aboard an F-16 fighter jet during combat missions over Iraq and Syria.

The flag and certificate are displayed in the lobby of the Veterans Memorial Building at 413 Main St.