Don Nice, a former college football player who burst onto the art scene in the early 1960s when the Whitney Museum acquired his “American Series #5,” died on Monday (March 4). The longtime Garrison resident was 86.

He became known during the nouveau réalisme, or New Realism, movement of the early 1960s for his detailed studies of packaged and processed items. Later in life, after moving to the Highlands from New York City, he was inspired by the Hudson River and the landscape around him.

Besides the Whitney, his work is in the collections of more than 70 museums, including the Metropolitan Museum of Art, the Museum of Modern Art, the Art Institute of Chicago and the Hudson River Museum in Yonkers.

“He paints classic American products like sneakers, candy wrappers and soda bottles with the same intensity he lavishes on quintessential site-specific landscapes,” noted a guide for an exhibit at the Garrison Art Center in 2016. “In doing so, he has created a distinctive vision of civilization’s detritus in league with cultural concerns for the environment.” 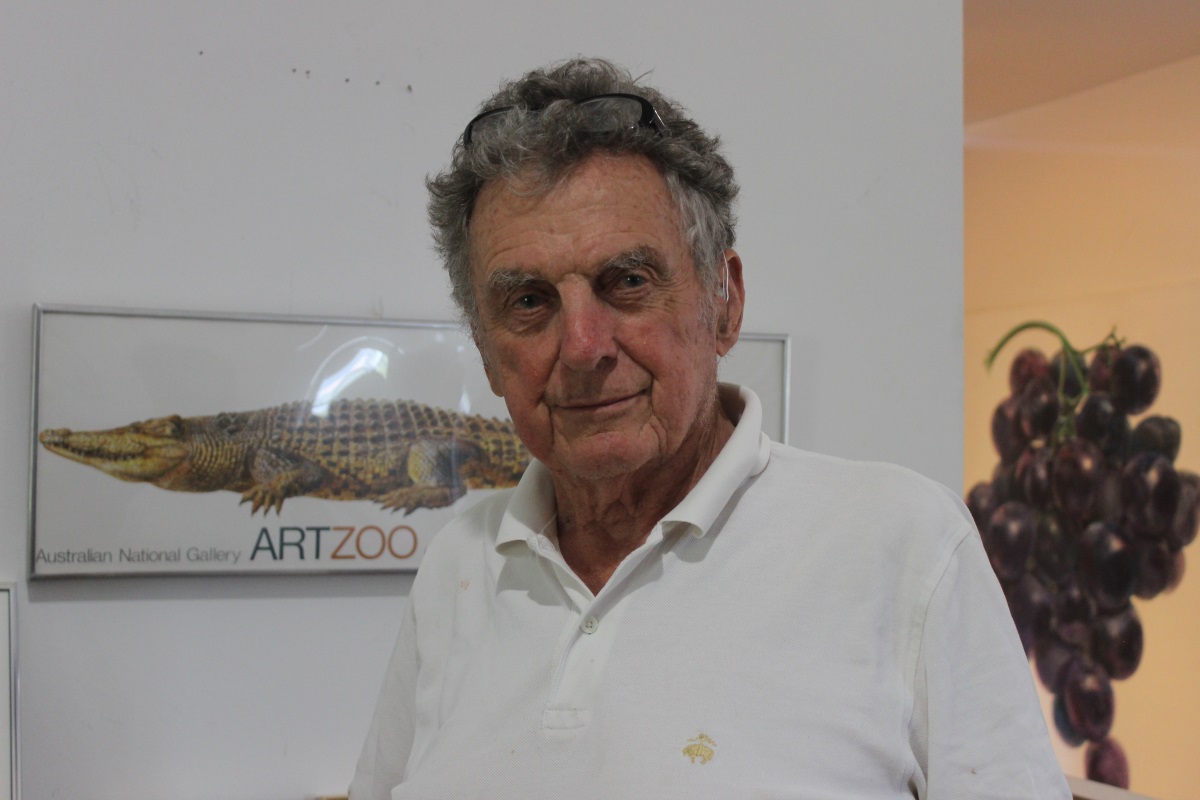 Donald Harry Nice was born in Visalia, California, on June 26, 1932, and grew up in Woodlake. His father worked for a fruit company, and his grandfather was a physician and gold miner who “regaled him with tales of cowhands and ’49ers, stagecoaches and train robbers,” according to a biography by Antonia Bryan posted at donnice.com. “When he wasn’t in school, Nice himself grew up on the range — a sunburned teenager in chaps, herding cattle, dodging rattlesnakes and setting out barbed wire.”

Nice loved to draw (his grandfather and aunt were painters) and was accepted into the Art Center College of Design in Los Angeles. But he chose instead to attend the University of Southern California, which offered him a football scholarship.

After graduating in 1954 with a bachelor’s degree in fine arts, Nice applied to teach at Hollywood High but was assigned to the Andrew Jackson High School for Delinquent Boys, where, he told Bryan, almost every student was part of a gang.

“It was zoot suit days, and the kids would carry chains in their [baggy] pants and go down to the middle of Los Angeles and look for the toughest Marine and gang up on them,” he recalled. When one student refused to take his seat, Nice said, “I just gave him a cross body block, and I knocked him clear over the top of a chair, and all the rest of the class gathered around, and they were saying, ‘Hey teach, you’re pretty bad.’ The guy got up, and we shook hands. That was a test, you know.” 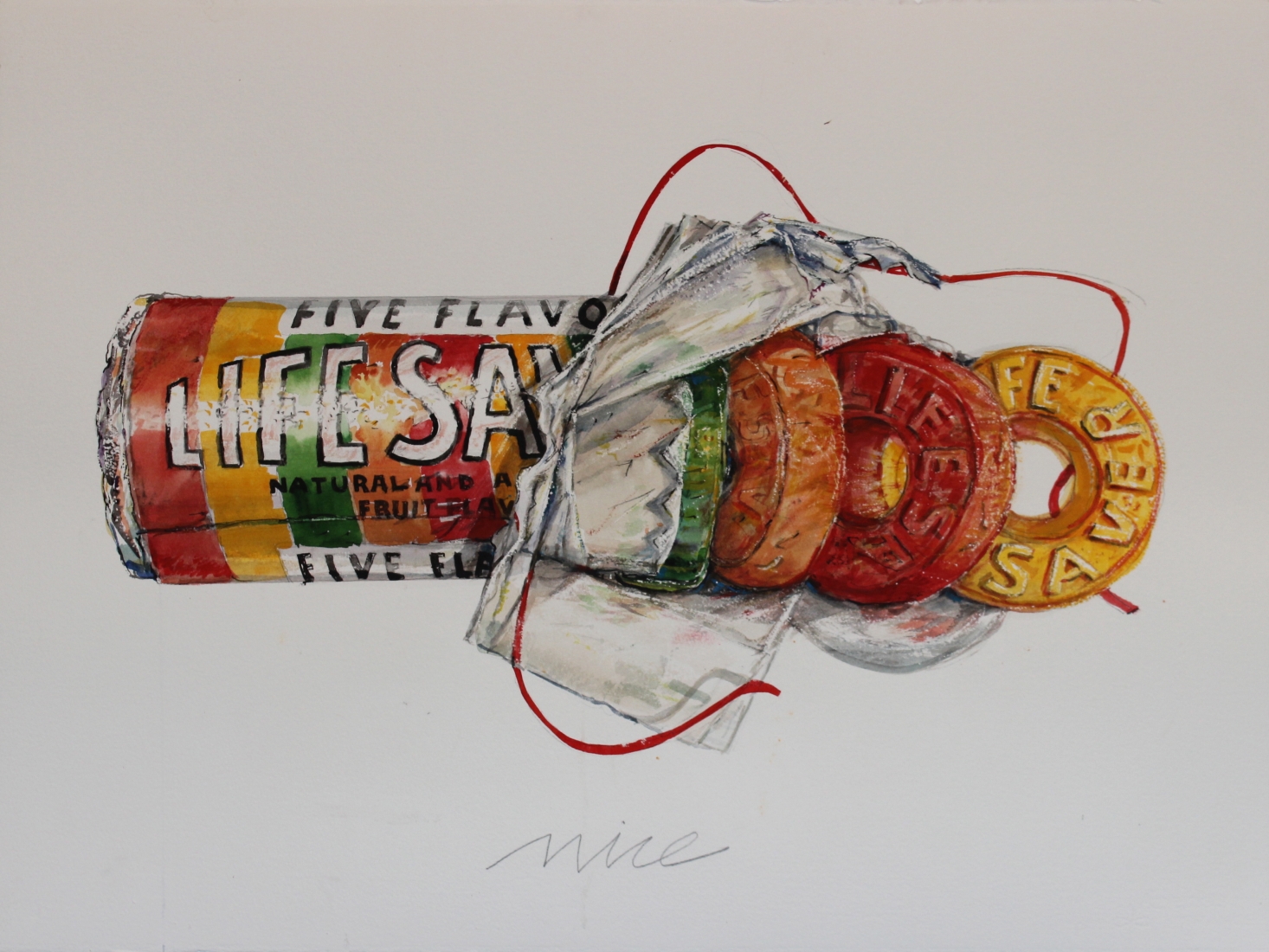 Nice enlisted in the U.S. Army and spent two years at Fort Ord in California as an illustrator. His duties included painting a 20-foot mural of potato peelers in a mess hall.

After he was discharged in 1957, Nice moved to Rome to study painting but during a train layover in Florence decided to stay there, which he did for two years. He traveled around Europe on a Vespa, studying watercolor in 1958 in Salzburg with Oskar Kokoschka, whom he called one of his biggest influences. Kokoschka demanded his students produce four watercolors an hour, eight hours a day. Nice says that when the artist found him sketching, he took his pencils.

Nice won a cash prize for his work and used the money to go to Paris, where in a French class at the Alliance Française he spotted “a beautiful set of legs” belonging to Sandra Smith, a model and designer from Minnesota who would become his wife.

“On our first date, I said, ‘You have an absolutely beautiful neck,’” he recalled. “You know what she said? ‘Yeah, it holds my head up.’ ” 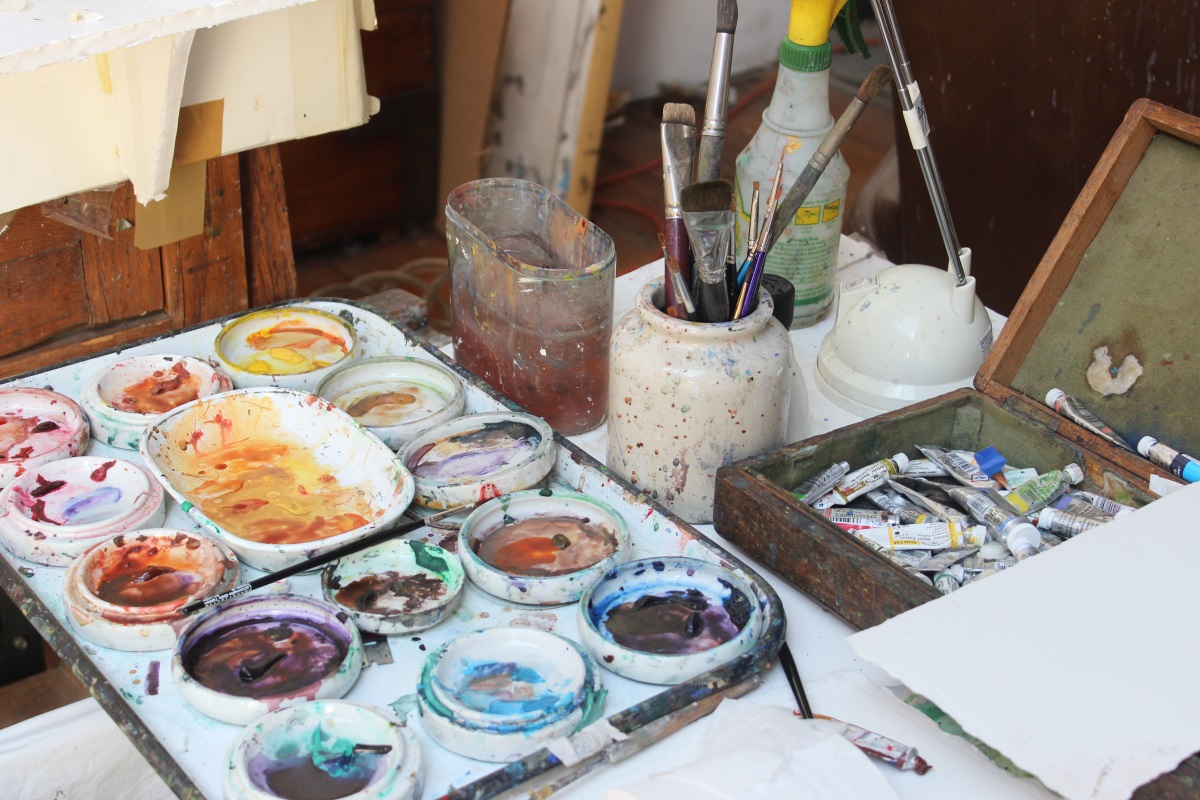 He also saw the exhibit, The New American Painting, curated by Dorothy Miller of the Museum of Modern Art. Excited by the abstract work of Willem de Kooning and Jackson Pollock, Nice returned to the U.S. “I felt an energy and felt I had to come back,” Nice told The Current for a 2016 profile. “I wound up destroying a lot of my previous work. I decided to reintroduce subject matter into my paintings — but really, I didn’t know how to paint things. I started by doing a drawing, putting on grid on it, then transferring it to canvas.

“The first painting I did — it’s now at the Walker Art Center — was of a bunch of grapes,” he recalled. “I like to challenge the idea of a still life by lining things up rather than making them into an arrangement.”

Don and Sandra were married on Aug. 11, 1959, in White Bear Lake, Minnesota, where Nice found a job teaching at the Minneapolis School of Art. In 1962, he was accepted into Yale’s Graduate School of Painting, where Alex Katz encouraged his students to “get subject matter back into painting.” In 1963, Nice began painting oversized motifs based on labels and ads, such as Sunkist or Starkist that, Bryan wrote, “filled the canvas, without perspective or perceptible light or shadow, emphasizing the flatness of the picture plane.”

He graduated from Yale in 1964. Two years later, while teaching summer school in Minneapolis, he began to paint isolated objects such as “huge beets and gargantuan onions” without backgrounds, which he said “freed the object.” In 1967 he painted supermarket grapes that were 9 feet high. “At 9 feet,” he told Bryan, “they had a presence.” He painted other objects: a lobster, an eagle, sticks of gum, apple pie. In 1968, his work was included in Realism Now, an exhibit at Vassar College. 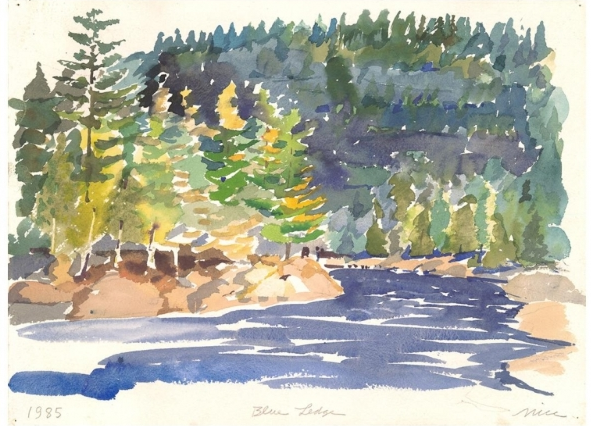 The Nice family moved to Garrison in 1969 to a home on the Hudson that was sold only last year, after Sandra’s death.

“At those times — the late ’60s — nobody sold any art,” Don Nice told The Current in 2016. “I had this truck and could hardly wait until spring to take my son Brian out. We looked at Connecticut, New Jersey, but then friends of ours in Garrison were redoing a barn, so we visited. We pulled into this driveway [of the house] and knew this was it; we’ve been restoring it ever since. In 1820 this was a school for boys, four stories high. Around 54 boys lived here, with bedrooms all over the place!”

In 1985, Nice spent two weeks following the Hudson River from its source in the Adirondack Mountains to New York Harbor. He created more than 90 small works, painted rapidly, often from a boat or raft. He did another series in the late 1990s and a third in 2013.

Nice is survived by a son, Brian Nice, and a daughter, Leslie Heanue, along with four grandchildren: Samantha Heanue, Macdara Heanue, Devin Heanue and Sarah Margaret Nice. A memorial service has been scheduled for 3 p.m. on April 28 at St. Philip’s Church in Garrison.

Last year Nice received the Lee Krasner Award from the Pollock-Krasner Foundation in recognition of his long career. Most recently, a painting by Nice of a Barnum’s Animal Crackers box was part of an exhibit called Wild Kingdom: 100 Years of Animal Art at the Nassau County Museum of Art; the show ended the day before his death.