Irene O’Garden had the makings of a memoir stored in a drawer. It involved her siblings, including two alcoholics, a genius with no social skills and one with crippling anxiety.

How did it all add up? The problem was, she found, it didn’t add up. 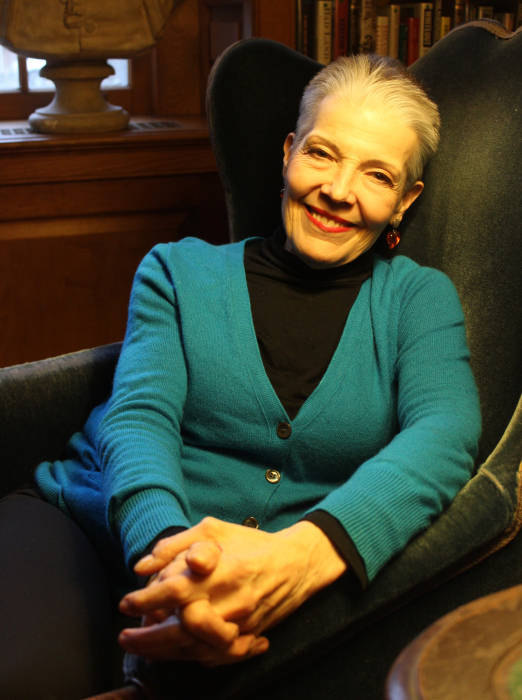 Irene O’Garden (Photo by A. Rooney)

She procrastinated. But after returning physically and emotionally exhausted from a wilderness trip in the West during which nature wreaked havoc, she began her usual therapy of writing down her thoughts.

Several months later, the Garrison resident realized that the two stories — the trip, and her siblings — were ripe for combining.

“The core of the book is my upbringing,” she says. “But what makes the book is the wilderness.” O’Garden felt that by intertwining the two accounts, she could finally access the family story that lies beneath both.

As a result, her narrative alternates between the repressed mid-century Midwest to unusual conditions on present-day Montana whitewater rapids. She will read from the book, Risking the Rapids: How My Wilderness Adventure Healed My Childhood, at 6 p.m. on Friday, March 8, at Split Rock Books in Cold Spring.

O’Garden took the trip, at age 62, after the unexpected death of one of her older brothers. At the memorial service, another brother suggested doing something in the wilderness together. “He’s gone on trips for 45 years into the back country,” O’Garden says. “I knew there was a part of him I’d never know without doing this.”

Although O’Garden says she lacks the “roughing it” gene, she and other siblings and their children “decided it would be a wonderfully bonding thing to do, seeking closure on a journey through the remotest spot in the lower 48.”

To set the scene for both narrative threads, O’Garden describes her place in her family and her family’s place in the cosmos of mid-20th century America. 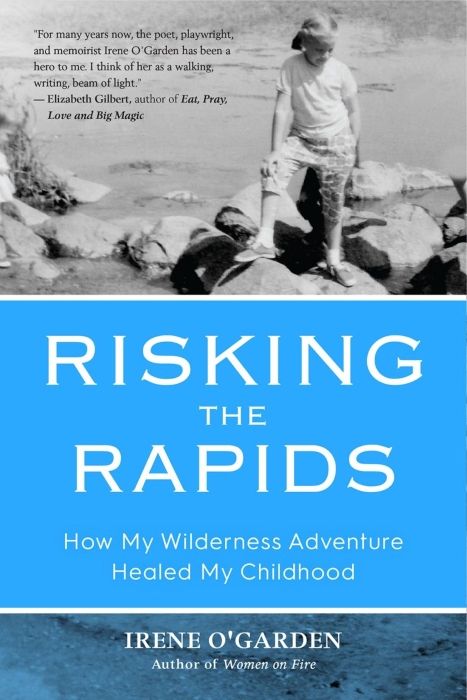 “I was born in the middle,” she says. “Middle of the century, middle of the country [Minneapolis], middle child of seven. Neither urban nor suburban. Middle to upper middle class. My parents were very Catholic. Dad was a TV personality, well-known in the Twin Cities and throughout much of Minnesota; a man people trusted. The boys had a tough relationship with my father. My mom shouldn’t have had kids. She was aloof.”

Much like the country in the 1950s and 1960s, the family fractured, pitting traditional family life against youthful rebellion.

Decades later, on the river in the Bob Marshall Wilderness, conditions become more and more fraught. “The nadir was one awful day when the campsite we intended to stay in was full,” O’Garden recalls. “My sister and I shared a tent. A bigger storm reverberated, shaking everything. Did we fear for our lives? Close. Nothing could be done. We found out later that the storm had ignited many wildfires. It’s the hardest thing seeing people you know at risk and not being able to do anything about it.”

Three or four months after returning from Montana, O’Garden knew she had to write about the experience “in order to stop carrying it around.” Later she remembered “that thing I had in my drawer.”

After completing a draft, O’Garden shared it with siblings. “It was important for me to speak what I perceived as the truth, because I didn’t want to alienate anyone,” she says. “They said: ‘Write what you have to.’

“Writing is hard,” O’Garden continues, “but the good thing about it is that once you put it together in the way you want to, it stays together. The things we have crafted out of our heads, in meticulous ways, can last so long.”