She was born in Yonkers on June 6, 1941, the daughter of Charles and Dorothy (Perry) Buchanan. She married Richard Battaglia, who died in 2011.

Mary Anne is survived by her children, Michael Maloney (Shirley), Leann Merante (Rio), Terrance Maloney, Kimberly Powlis (Fred), Jonathan Maloney (Joy) and Marguerite Rodriguez (Mike Wojtusiak), along with many grandchildren and great-grandchildren. She also is survived by her siblings, Susan Buchanan and Gregory Buchanan. Funeral services will be private. 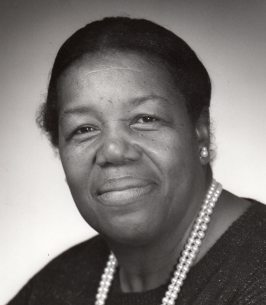 Born in Lancaster, South Carolina, on May 21, 1922, she was the daughter of Samuel and Elizabeth (Nathan) Patterson. The family moved to Dutchess County in the 1930s, and Inez was educated in the Beacon schools. She was employed at IBM in East Fishkill for many years until her retirement in 1987. She married James Batten, who died before her.

Inez enjoyed family reunions and spending time with her family. She was an avid reader and loved sewing, collecting elephants, ceramics and gardening. She was a longtime member of the Faith Temple Church of God in Beacon.

Friends and family will gather on Monday, March 18, from 9 to 11 a.m. at Faith Temple Church of God, 22 N. Cedar St., where a homegoing service will be offered at 11 a.m., followed by burial at the Fishkill Rural Cemetery. Memorial donations be made to the Hudson Valley Hospice Foundation (hvhospice.org).

He was born in the Bronx on March 30, 1937, the son of Guytanno and Giovannia (DiNitto) Ferraro. He was raised in the Bronx and also resided in Westchester County for many years. He served in the U.S. Army in Europe and often reminisced with family and friends about his part in the effort to rebuild Germany.

Andrew was a financial adviser and owned and operated Drew Planners in White Plains. After selling his business, he continued to work from home up until his illness. He loved sailing and was a longtime member and past president of the Chelsea Yacht Club. He also was a wine connoisseur and frequently hosted wine tastings at his home.

He is survived by his children: Sheryl Migliozzi of Mamaroneck; Denise Cadigan of Rye; and Drew Ferraro (Diane) of Poughkeepsie; his grandchildren: Joseph Micliozzi, Liam Cadigan, Johnathan Ferraro and Chrystal Smith (Sean); and his great-grandchildren: Aidan, Mason, Olivia and Talan. He also survived by a sister, Louise Harty of Peekskill.

A memorial service will be held on Saturday, March 23, at 1 p.m. at the McHoul Funeral Home, 1089 Main St., in Fishkill. Memorial donations may be made to the Wounded Warrior Project (woundedwarriorproject.org).

Tae’von Lawrence Omari Jeffrey Taylor, 20, of Beacon, known to his friends and family as “Tae,” died unexpectedly on Feb. 22, 2019.

He was born in Peekskill on March 26, 1998, the son of Stanley Tice and Natasha Lindsay. He grew up in Beacon and was employed by The Roundhouse and McDonald’s. His family said he was a smart young man who lived a carefree life.

Besides his father and mother, he is survived by his stepfather, Dwayne Lindsay; his four sisters: Tylynn, Tiannah, Tania and Tajah Lindsay, as well as other stepsiblings; his maternal grandparents, Lawrence and Cynthia Taylor; his paternal grandmother, Gloria Tice; his aunts, Tina Taylor and Crystal Taylor; and his uncles, Leatrice Tice and Dan Tice.

A funeral service was held March 15 at the Star of Bethlehem Baptist Church in Beacon, followed by interment at Fishkill Rural Cemetery.

Daniel was born on Oct. 16, 1941, to Joseph Thompson and Ethel Prattis. He grew up in Seaford and was a member of Our Lady of Lourdes Catholic Church there, where he played the organ and sang.

He is survived by his daughter, Dannette Thompson-Saunders of Bear, Delaware; his former wife, Shirley Murray Thompson of Greensboro, Maryland; two sisters, Margie Cooke and Barbara Jean Savage, both of Seaford; and two grandchildren, Raven Saunders and Ryan Saunders, both of Bear.

A funeral service was held in Seaford on Feb. 24.