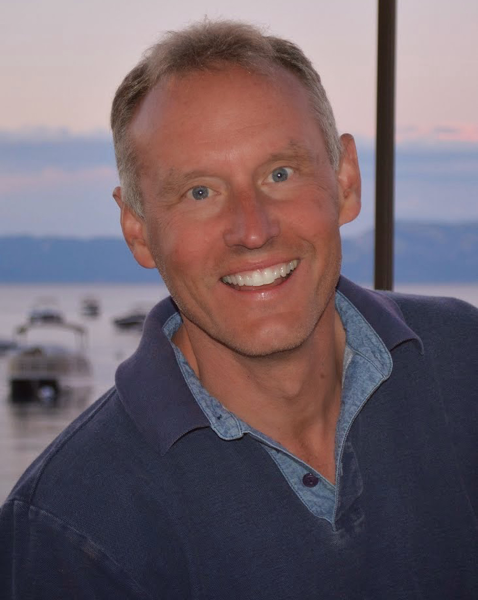 Last week John Madsen, a geophysicist at the University of Delaware, announced the discovery in 2018 of a 14-foot, 800-pound sturgeon in the Hudson River near Hyde Park. The fish is believed to be 80 to 90 years old.

How does a geophysicist get interested in sturgeon?
I work with Dewayne Fox, a fisheries person at Delaware State University. One day he told me about the sturgeon he’s been studying. I told him about imaging equipment that might help identify sturgeon in the water. It uses sound to outline geographic features below the surface. If there are fish or anything else in the water, you will get images of that, as well.

What did you think when you first saw this 14-foot sturgeon?
When we spot something, we call it a “target,” so my first thought was, That’s a big target. We’re busy out on the water, so I made a note of it, but I didn’t process the data until a couple of weeks later.

Is a sturgeon this size a good sign?
Finding one fish doesn’t mean that everything’s fine with the Hudson again, but it’s good to know that a fish of that age is in the river. Sturgeon are anadromous, which means they come into fresh water to spawn. From about mid-May to late June they are near Hyde Park, and then they migrate to the ocean. Dewayne’s worked with acoustic tags on the fish so we can follow them. We know that, after they spawn, sturgeon go to Delaware Bay, then come all the way back up the Hudson. So this is a fish that’s been going back and forth for a long time! 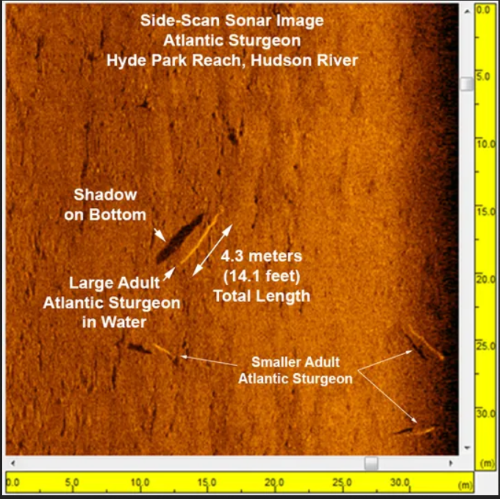 The Hudson has a lot of shipping traffic. Is it surprising the fish has survived for nearly a century?
You worry about tankers and shipping vessels striking the fish with their propellers, which does happen, but sturgeons usually move slowly along the bottom, so that’s somewhat of a protected environment. You worry more about shallower rivers, or the navigational channel in the Delaware River, which is deeper but relatively narrow.

If you see the fish again, would you try to catch it?
We would like to find the fish again for more imaging, but most likely we’ll leave it alone. First, they’re an endangered species. We also use nets to catch fish for tagging purposes and to determine their weight and size, so getting a 14-foot sturgeon into a net and onto a relatively small boat would be hard! I’d rather not disturb it. Let it do its thing in the depths in the river. We do enough tagging of younger sturgeon that we can let this one be.